This small fund looks for big stocks with staying power. 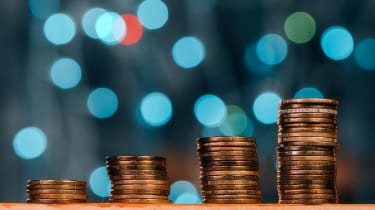 In times of stock market turmoil, Tom Plumb, whose Plumb Equity Fund (PLBEX) invests in stocks of large, fast-growing companies, is not one to batten down the proverbial hatches. The recent market correction was an opportunity to buy his favorite stocks at a discount, and Plumb jumped at the chance to add to key holdings and initiate new positions. For a manager who invests in companies based on their growth potential over the next five to 10 years, and is therefore willing to withstand some market volatility, beefing up the portfolio during a downturn is a no-brainer.

The long-term growth prospects for the 30 stocks in the namesake fund depend on worldwide trends that Plumb believes will transcend short-term ebbs and flows in the stock market. Most stocks in the portfolio fall under one of two themes. The first is a shift in shopping habits. With consumers increasingly favoring online and mobile transactions over in-store purchases, payment processors such as Visa and MasterCard should command a larger percentage of overall sales, Plumb says. Both stocks are among the fund's top holdings, with Visa occupying the top spot. The other major theme: cloud computing. Software companies that shift from selling software licenses toward selling cloud-based subscriptions should significantly boost recurring revenues, says Plumb. Firms that are successfully making the change, such as Ansys, which specializes in simulation and design software used in engineering, as well as top cloud providers Alphabet and Amazon.com occupy prominent positions in the fund.

Beyond thematic considerations, Plumb favors firms that can increase revenues by double-digit percentages annually, and that generate enough cash flow to pay down debt and expand their businesses. Technology, financial services and industrial firms make up the bulk of the portfolio.

At 1.19%, the fund's expense ratio is down from the 1.43% charged to investors in 2017, but still higher than the 1.05% fee levied by the average fund that invests in large-company stocks. Plumb expects the expense ratio to drop to 0.99% once assets in the fund exceed $90 million. Assets in the fund currently total $32 million.