We analyzed publicly traded companies based in the Cornhusker State to identify the best stock in Nebraska to buy now. 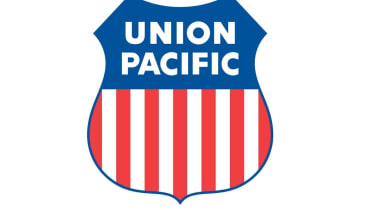 We scoured the nation to identify the best stock in every state. Union Pacific (symbol UNP) is the publicly traded company we picked in Nebraska. The company headquarters is located in Omaha.

Union Pacific by the Numbers

Shares of Union Pacific have been ho-hum this year, returning only 5% as the company has struggled with inconsistent shipping volumes and weak pricing due to competition from truckers and other railroads. But the country’s biggest railroad is barreling full-steam into the second half of 2017. Analysts at Credit Suisse say shipping volume is picking up, and Union Pacific’s transport prices have likely bottomed.

Factoring in productivity gains and increased demand for transported goods, including coal and “fracking” sand used in oil and natural gas production, Credit Suisse sees earnings per share up 14% this year, followed by a 14% boost in 2018. Income-oriented investors should note that the company more than tripled its dividend from 2010 to 2016. The stock currently yields 2.3%. Credit Suisse analysts are bullish on the stock, believing it can appreciate 22%, to $131, over the next 12 months.