We analyzed publicly traded companies based in the Hoosier state to identify the best stock in Indiana to buy now. 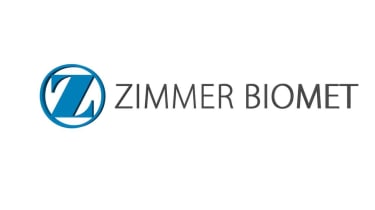 We scoured the nation to identify the best stock in every state. Zimmer Biomet (symbol ZBH) is the publicly traded company we picked in Indiana. The company headquarters is located in Warsaw.

Zimmer Biomet by the Numbers

The company that resulted from the 2015 merger of Zimmer and smaller competitor Biomet is the leading maker of orthopedic implants, such as knee and hip replacements, for the U.S., Europe and Japan.

The company has gotten off to a rocky start this year, as production delays at its manufacturing facility depleted inventory. As a result, Zimmer Biomet reduced its 2017 sales and earnings estimates. Concerns over the supply chain have created volatility in the stock, says CFRA analyst Jeffrey Loo. But he thinks that the shares already reflect those worries and that the issue will be resolved by the second half of this year. Zimmer shares trade at 15 times estimated year-ahead earnings—below health care companies’ current average of 16 times estimated earnings. Yet the global, long-term demand for Zimmer’s orthopedic implants remains intact, given aging populations and rising obesity levels. The stock is “top pick” at investment research firm Needham & Company, which assigns a 12-month price target of $153.