The Best Stock in Delaware: DuPont

We analyzed publicly traded companies based in the First State to identify the best stock in Delaware to buy now. 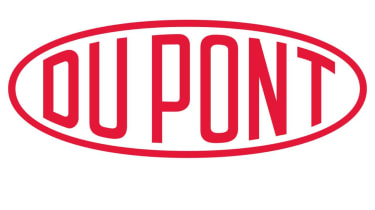 We scoured the nation to identify the best stock in every state. E.I. DuPont de Nemours & Co. (symbol DD) is the publicly traded company we picked in Delaware. The company headquarters is located in Wilmington.

DuPont by the Numbers

In December 2015, DuPont agreed to merge with fellow chemical giant Dow Chemical. Having received regulatory approval in Europe and the U.S., the deal is expected to close in August. The “merger of equals” will result in a new company, to be called DowDuPont, equally owned by Dow and DuPont shareholders and dually headquartered in Delaware and Michigan. The companies’ management teams estimate the deal will create $3 billion in annual cost savings in the first 24 months for the combined company and add $1 billion in annual earnings growth in the first 36 months.

Upon completion of the merger, executives from the two companies are mulling the possibility of breaking the company into three more-focused publicly traded companies. Whether it splits up or remains intact, Muir believes DowDuPont will be well positioned to capitalize on long-term increases in demand for agricultural products, as well as take advantage of global economic growth.