The Best Stock in California: Visa

We analyzed publicly traded companies based in the Golden State to identify the best stock in California to buy now. 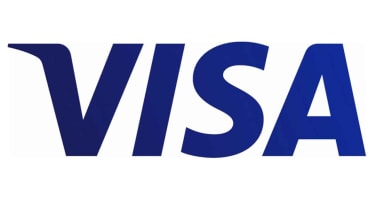 We scoured the nation to identify the best stock in every state. Visa (symbol V) is the publicly traded company we picked in Alabama. The company headquarters is located in Foster City.

Visa by the Numbers

It’s hard to keep Visa down for long. The payment processor accounts for about half of credit card transactions worldwide and an even higher percentage of debit card transactions, according to the Nilson Report, a newsletter tracking the payments industry. And there are few real challengers on the horizon.

Companies leading the way in digital payments, such as Apple, Google and PayPal, have chosen to partner with existing payment processors rather than attempt to dethrone them, says Morningstar analyst Jim Sinegal. In recent years, Visa has notched revenue gains despite unfavorable currency conditions, major data breaches and Russian sanctions. For the fiscal year ending in September 2017, Wall Street analysts, on average, project revenues to grow by 18%, thanks to growth in electronic, digital and mobile payments, and a doubling of merchant locations in India. Moshe Orenbuch, an analyst at Credit Suisse, believes earnings per share will rise by 18% over the same period, followed by a 15% boost in the fiscal year that ends in September 2018. He rates the stock a “buy,” with a 12-month price target of $105.