Don’t be tempted by the fat payouts—they may be in jeopardy. Ditto for the share prices. 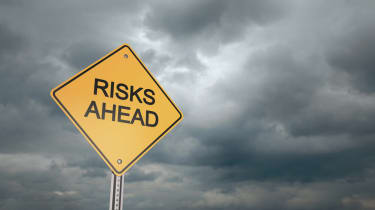 Whatever your investing style, it’s hard to pass up a juicy dividend. Standard & Poor’s 500-stock index yields a meager 1.9%. And if you’re looking for more income, you can find plenty of dividend peacocks to pick from: Of the more than 9,700 common stocks on the U.S. market, 416 boast yields of 7% or more.

Yet, tempting as it may be, it’s often wise to avoid stocks with eye-popping yields. In many cases, yields are high because a stock has fallen out of favor and plunged in price (sending the yield up). If a company’s profits are waning and its balance sheet is weak, the firm may not have enough cash to pay its dividend, forcing it to suspend or cut the payout. And if a high yield is a stock’s main selling point, investors tend to flee at the first signs of trouble—long before a dividend cut is even announced.

Over the past two decades, 9% of stocks with the highest yields cut or suspended their dividends within a year, according to research from Fidelity. Moreover, shares of companies that suspended or cut their dividends lagged the market by an average of more than 25 percentage points in the 12 months prior to the announced change in dividend policy. “If a stock has a high yield, it generally means the company is growing more slowly than other stocks in its category or the overall market,” says Tom Forester, manager of the Forester Value Fund (FVALX). “It can be a trap.”

Granted, many high-yield stocks trade near 52-week lows and could bounce from depressed levels. Even at rock-bottom prices, though, if a stock’s yield is its main selling point, it’s usually a bad sign for long-term returns, says Kirk Mentzer, co-manager of the Huntington Dividend Capture Fund (HDCEX).

Here are five stocks that may be best kept off your shopping list. Share prices and yields are as of January 13.

Although Annaly (NLY, $10.64, 11.3% yield) pays nearly six times the S&P 500, the firm may have to cut its dividend in the coming year if the Federal Reserve raises short-term interest rates, as it is expected to do.

Annaly makes money by borrowing at short-term rates and investing in higher-yielding mortgage securities that are mainly backed by the U.S. government. Structured as a real estate investment trust, it must pay out at least 90% of its taxable income as dividends. As long as the gap, or “spread,” between short-term and long-term rates stays wide, Annaly can pocket a tidy profit, passing on the cash to investors.

Yet it’s risky to buy mortgage REITs such as Annaly before a rate-hiking cycle, says Jason Stewart, an analyst with Compass Point Research & Trading, an investment-banking firm based in Washington, D.C. Higher rates would raise Annaly’s funding costs and result in a dividend cut. Stewart figures that the Fed is likely to raise short-term rates modestly this year. But long-term rates, which are set by investors in the bond market, won’t increase as much, he says. That would reduce Annaly’s cash available for dividends. Higher rates would also erode the REIT’s book value (assets minus liabilities). “We would sit on the sidelines until the Fed raises rates,” he says. “You can get a better entry point” for the stock.

Like most oil-and-gas producers, Breitburn’s (BBEP, $5.39, 18.5% yield) stock plunged in the past year, cascading 63%. That slide pushed its yield up to 27.5% just before Breitburn slashed its dividend in half in early January.

As a master limited partnership, Breitburn distributes most of its cash flow to its investors (known as unit holders) in monthly payments. But you shouldn’t bite, says Matthew Na, comanager of the Westwood MLP and Strategic Energy Fund (WMLPX). Breitburn’s dividend is based on a forecast of oil prices averaging $60 a barrel this year and natural gas at $3.50 per million BTUs, both well above recent prices. The MLP’s balance sheet carries a lot of debt, and Breitburn has already tapped $2.2 billion of its $2.5 billion line of credit. That leaves a thin cash cushion to run the business or make acquisitions, a key part of the firm’s growth strategy, says Na. Breitburn’s line of credit may also come down when its lenders reevaluate the firm later this year. “If investors want energy exposure with a yield component, I believe there are better-positioned companies available,” Na says. “I would avoid this one for now.”

Oil isn’t the only commodity in a deep decline. Iron ore—the main ingredient in steel—is also in the pits, tumbling 49% in 2014. Demand from China, the world’s largest consumer of iron, has been lower than expected, and low-cost producers such as BHP Billiton (BHP) and Rio Tinto (RIO) have been boosting production.

As a miner of iron ore and metallurgical coal, Cliffs (CLF, $7.85, 7.6% yield) has been hit hard, posting a third-quarter loss of $5.9 billion, or $38.49 per share. Even if ore prices recover a bit, Cliffs is at a disadvantage because it’s one of the highest-cost producers, according to UBS, which says Cliffs break-even price is $107 per ton, well above recent levels of about $69. Analysts expect Cliffs to lose 19 cents a share this year. And although Cliffs is selling assets to shore up its finances, its dividend is still at risk. Says fund manager Forester, “When China is growing to the sky, Cliffs can make money. But the dividend isn’t safe. And whatever you’re earning in dividend income, you can lose in capital in a hurry.”

Transocean (RIG, $15.52, 19.3% yield), the world’s largest offshore oil-and-gas drilling company, faces a perfect storm. Exploration-and-production companies—its main customers—are cutting back on drilling projects. Yet the global rig supply is on the upswing, increasing from 827 last year ago to 864 now, according to IHS, a market-research firm based in Englewood, Colo. Meanwhile, the percentage of rigs in operation, or “utilization rate,” has slumped from 95% to 89%, and many analysts expect the rate to drop further this year.

Although Transocean runs one of the newer fleets in the industry, it’s having to book new rig contracts at a discount to prior deals with lower “day rates.” The firm posted a loss of $2.2 billion, or $6.12 per share, in the third quarter, largely due to write-downs on the value of its rigs. Analysts expect earnings to slide about 50%, to $2.45 per share, this year. With the annual dividend at $3 a share, a cut is all but certain, says fund manager Forester. “RIG will be a great stock if you can figure out where the bottom in oil prices is,” he says. Much easier said than done.

Wynn (WYNN, $149.81, 4.0% yield) owns some of the top resorts on the Las Vegas strip, but when it comes to profit growth, investors are placing their bets on the company’s casino-resort in Macau, off the coast of mainland China. Catering to Chinese high rollers, the Wynn Macau resort has been a huge success, and accounts for more than 70% of Wynn’s operating income. And the company is doubling down, planning to open another casino-resort on the island in 2016.

Yet Macau may now be a trouble spot. The Chinese government placed new visa restrictions on travel to Macau last year, and Beijing’s anti-corruption crackdown has put a damper on VIP junkets. Wynn’s Macau revenues were down 5.6% in the third quarter compared with the year-earlier period, and, with its focus on big bettors, the company is losing market share to other casinos on the island, says Deutsche Bank Securities.

Analysts expect Wynn to earn $8.19 per share in 2015, more than enough to cover its $6 annual dividend. The stock is hovering near its 52-week low, making it tempting as a value play. But with Macau revenues seemingly in retreat, Wynn’s stock looks like a loser, says Kenneth Conrad, comanager of the BMO Dividend Income Fund (MDIYX). “Until the corruption crackdown in China is over, we think Wynn’s earnings will be hard to protect and profit margins will decline,” he says. “Given the risks, we don’t think a 4.0% yield is reason enough to own the stock.”