The threat of reduced cash payouts to shareholders is weighing on the company and its stock. 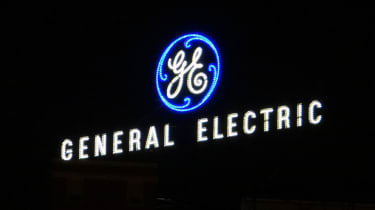 Industrial conglomerate General Electric (GE, $23.19 as of Oct. 18) stunned income investors in 2009, in the wake of the financial crisis and bear market, with a then-unthinkable cut to its longstanding dividend. But after years of trying to regain Wall Street’s trust by rebuilding its payout to shareholders, fears of another reduction are mounting just as the company prepares to release its latest quarterly earnings report.

GE is expected to unveil its results for the second quarter before the opening bell Friday, Oct. 20. In a year in which General Electric’s stock has collapsed 27% to four-year lows, one would think that signs of an operational turnaround would be the first thing on investors’ earnings watch list. And how the company’s results stack up against expectations would seem particularly interesting given that earlier this month, GE announced several high-profile executive departures including CFO Jeffrey Bornstein.

However, analysts are dangling another worry in front of us.

While a few financial bloggers have spent months discussing the potential for a General Electric dividend cut, this month’s executive exodus prompted bearish commentary from the analyst community, including a few analysts who sounded the alarm on GE’s payout.

Back on Oct. 11, JPMorgan analyst Stephen Tusa lowered his price target from $22 to $20 – 14% below Oct. 10’s close – saying, “With our most recent cut to earnings, some of which is cash, and updated thoughts on the markets, we now see a dividend cut, or ‘adjustment,’ as it is likely termed, as increasingly likely.”

A General Electric spokesperson responded to the report shortly after, saying, “The dividend remains a top priority.” But that didn’t convince Goldman Sachs analyst Joe Ritchie, who said Tuesday, “Our fresh look at GE's fundamentals leaves us incrementally bearish, as we see a significant EPS/FCF [earnings per share/free cash flow] reset and a potential dividend cut to come.” (Free cash flow is the cash left over after essential capital expenditures that can be used to fund dividend payments.) While Ritchie didn’t downgrade GE’s stock, he did lower his price target from $26 per share to $23 – less than 2% below Monday’s closing price.

Moreover, the executive exits – especially Bornstein – have analysts worried that an earnings disappointment is nigh. Morgan Stanley’s Nigel Coe said on Oct. 10 that he believes weak performances from GE’s power and aviation businesses will result in earnings of 48 cents per share. That would fall short of the consensus expectation for 49 cents per share, and mark General Electric’s first profit miss since early 2015.

This could set up a situation in which General Electric takes its lumps twice.

GE reports earnings on Friday morning, and a rare profit whiff likely would be met with selling. So would a miss on the top line, where analysts are expecting 11.4% growth to $32.6 billion. The company also could provide an outlook for 2017’s remaining quarter, which also could weigh on shares if it disappoints.

However, General Electric almost certainly won’t release 2018 earnings guidance this week, considering CEO John Flannery’s already scheduled to release that information during a meeting with analysts on Nov. 13. And that could be the spark for another swoon. Given that previous CEO Jeff Immelt’s $2 estimate for 2018 earnings stands starkly higher than analysts’ estimate of $1.63, and given GE’s difficulties this year, a lowered estimate appears likely.

If General Electric does announce a dividend cut, there's a chance it might come on Friday. However, GE typically announces its payout authorizations separately, preceding earnings reports by about a month. That makes it much more likely that such a move would be communicated Nov. 13 along with GE’s other updates for 2018.

Aggressive, bullish contrarians do have an opportunity here. An increasingly pessimistic Wall Street has sliced more than a quarter from GE’s stock price this year, and the potential for a dividend cut is now being at least somewhat reflected in those results. Should General Electric navigate the next two months with more upside surprises than not, and keep its dividend intact, it would be easy to see Wall Street reward shares with a significant rebound.

These 20 high-quality dividend stocks yield roughly 4% or higher and should grow their payouts even more -- a powerful 1-2 combo for retirement income…
Closing Bell 7/13/20: Momentum Swings the Dow's Way

Many of the Dow Jones' economically sensitive components pushed higher on Tuesday on the back of slightly better COVID-19 data from a few U.S. hotspot…
24 Dividend Cuts and Suspensions Chalked Up to COVID-19

24 Dividend Cuts and Suspensions Chalked Up to COVID-19

The coronavirus outbreak has quickly sent a number of companies announcing dividend suspensions and cuts. Here are 24 big names that have already redu…
Skip to ContentSkip to Footer