Are Value Stocks Ready to Rebound?

Investors shun bargain shares at their peril as stocks of fast-growing companies soar. 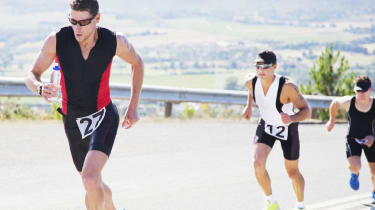 Over the long run, value stocks—those that are inexpensive relative to their earnings, sales and book value (assets minus liabilities)—have handily beaten growth stocks, which boast faster-than-average earnings and sales growth. Since 1926, value stocks have topped growth stocks by an average of 4.4 percentage points per year, according to a study by Bank of America Merrill Lynch.

Academics began documenting the superiority of value stocks decades ago. The logic behind value’s better returns: Investors tend to bid up the prices of growth stocks, such as Amazon.com (symbol AMZN) and Netflix (NFLX), higher than makes sense. Meanwhile, they often overlook boring, bargain-priced stocks. Eventually, though, investors come to recognize the value in value stocks.

But over the past 10 years, growth massacred value. The Russell 1000 Growth index returned an annualized 9.5% while the Russell 1000 Value index gained a meager 6.1% annualized. So far this year, the growth index has soared 20.0% and the value index is up just 5.5%. Growth, of course, hasn’t beaten value every year in the past 10. In fact, value clobbered growth in 2016, with index gains of 17.3% and 7.1%, respectively. (All returns in this article are through September 11 unless otherwise noted.)

This isn’t the first time growth has come out on top over a long period. In the late 1990s, value stocks went nowhere while technology stocks soared. It took a vicious bear market for the trend to reverse. Tech stocks, which had achieved ridiculously high price-earnings ratios, imploded in the 2000-02 bear market while many value stocks either lost little or managed to chalk up gains.

But growth stocks aren’t trading at anywhere near the crazy valuations they did in the 1990s. This time around, value’s underperformance is largely due to a couple of sectors that together make up 35% of the Russell 100 Value index: financial services and energy, which hit serious speed bumps in the past decade. “This time, the outperformance of growth was more justified,” says Phil Davidson, the veteran comanager of American Century Equity Income (TWEIX), a value fund.

Financial services stocks were crushed during the 2007-09 bear market. Only a massive, last-minute government bailout prevented the failure of several large Wall Street banks from triggering the collapse of the entire sector.

Today, most financial services companies are much healthier than they were during the crisis. “Financials are in a much stronger position,” Davidson says. Government regulations will ease, he believes, helping bottom lines.

But to boost profits, financials still need higher interest rates, particularly on intermediate- and long-term debt instruments. Many financials borrow for shorter terms and lend for longer terms, profiting as long as longer rates are higher than shorter rates. So far this year, Standard & Poor’s financial sector is up a miserly 6.2%, compared with 27.1% for the top-performing technology sector and 12.7% for Standard & Poor’s 500-stock index as a whole.

Energy stocks hit the skids beginning in 2014, when the price of a barrel of oil tumbled from more than $100 to less than $30 in early 2016. “Oil prices fell because we’ve learned to extract oil at such low cost,” says Greg Swenson, an analyst at the Leuthold Group, an investment research firm.

Oil prices bounced back, to about $50 currently—but that’s still much lower than many oil companies had bet on. “Oil stocks are adjusting to lower [oil prices] for longer,” Davidson says. The S&P energy sector has lost 12.3% this year.

Davidson points out another problem value has encountered in recent years: less-generous dividends. “Dividends have become more important to investors,” he says, “so stronger companies are paying out more of their earnings in dividends.” Value stocks, such as financials and other highly indebted companies, reduced their dividends during the Great Recession. Meanwhile, growth stocks hiked their payouts. Exhibit A: In dollars, Apple (AAPL) pays more in quarterly dividends than any other stock.

The long dry spell for value stocks spells opportunity, says Davidson. “We think value has an edge over time,” he adds. His motto: Buy the bent ones, not the broken ones. By that he means you should look for high-quality companies encountering temporary problems that managers should be able to work through.

Procter & Gamble Co. (PG), one of Equity Income’s largest holdings, is in the bent category, Davidson says. The firm raised prices too much, stumbled overseas with some product launches and lost some of its touch with consumers, particularly younger buyers. But he thinks the firm is making the needed fixes.

Swenson says it’s close to impossible to tell in advance when value will resume its customary role of beating growth. But given how badly value stocks have performed in recent years, he thinks long-term investors should buy value.

I think most investors should own a mix of value and growth funds. But I’d be willing to bet most portfolios are overweight on growth just now because value has done so poorly.

What to buy? The American Century fund is a good one. So are Dodge & Cox Stock (DODGX), T. Rowe Price Small-Cap Value (PRSVX) and T. Rowe Price Value (TRVLX).

Here are 13 dividend stocks that each boast a rich history of uninterrupted payouts to shareholders that stretch back at least a century.