Why Interest Rates Will Stay Low 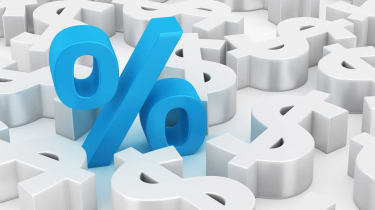 The title of my October 2014 column Ignore the Doomsayers. At the risk of plagiarizing myself, what I said nearly two years ago is worth repeating: The benefit of keeping your money at work in high-quality stocks and bonds far outweighs any possible reward from reacting (or, more likely, overreacting) to every market disturbance. If you’ve doubled your money since the financial crisis ended in 2009, don’t get spooked because you didn’t cash out at some fleeting peak and now find your account balances are 10% lighter.

The motivation for reaffirming my original thesis is a parade of headlines and online rants that suggest that you and I are fools for hanging on to our investments because we’re about to get crushed. And I’m not talking about fringe outfits that sell conspiracy theories. I’m referring to commentators at mainstream investment firms and respected publications and websites.

A typical comment about the stock market is that the rally since February is “all smoke and mirrors.” The suggestion is that nothing justifies the advance and that stocks are ready to melt down, just as they did in 1973, 2002 and 2008. Yes, the indexes will experience occasional setbacks, dropping 5% to 10%, maybe a little more, in brief spurts, as they did in the summer of 2015 and early in 2016. But I cannot grasp why more experts don’t get that, given an environment of modest economic growth and low inflation and interest rates, stocks are in a gently rising range that could last for years (see Investing in an Up-and-Down Market).

The same holds in the fixed-income arena. I recently saw this headline in the Wall Street Journal: “Bond Move Is Eyed Warily.” The story quotes some fearful bond strategists who tried gamely but unconvincingly to argue that the yield on the benchmark 10-year Treasury bond has no business hanging at or below 2% (the 10-year T-bond yielded 1.8% as of May 6). Of course, an increase in yields would mean lower prices for most bonds and bond funds.

But I don’t see interest rates surging anytime soon. I reread a few analyst commentaries from two or three years ago that made the case that rates would stay “lower for longer” than most expected. Little has changed since to suggest that rates are artificially low only because the world’s governments and central bankers, led by the Federal Reserve, want to keep them that way. Rather, rates are low for perfectly sensible reasons. Credit is in ample supply. The U.S. economy is expanding at about 2% annually, a growth rate that is unlikely to fuel inflation, and Europe and Japan are barely growing at all. Yes, inflation might tick a bit higher with the end of dirt-cheap gasoline, but it won’t zoom.

A banner year. The most meaningful new wrinkle since my 2014 column is the emergence of negative interest rates in Europe and Japan. Those make U.S. bond yields look sky-high by comparison, boosting demand for Treasuries and other kinds of dollar-denominated debt. All of this explains why as of May 6, total returns for all 63 bond benchmarks listed on WSJ.com were in the plus column year-to-date.

Bottom line: Instead of settling for puny bank rates, continue to slide some savings into solid, low-cost mutual funds, such as Pimco Income (symbol PONDX, 3.7% yield), a member of the Kiplinger 25, and Vanguard Intermediate-Term Investment Grade (VFICX, 2.4%).

I am not blind to the risks. It doesn’t take much for hedge funds or tantrum-throwing traders to precipitate a correction. I expect stocks and bonds, including utilities and REITs, to have some bad weeks later this year; August and October are often treacherous. But in the end, the more such brush fires erupt and then burn out with no lasting damage, the less inclined I am to listen to alarms or sound any myself.

Optimistic that the bounce since March is indeed the start of the next bull market? Here are the 13 best Vanguard funds to help you make the most of i…
Where Should You Retire?