Your best strategy is to carry on with what's working, which is almost everything except the energy sector. 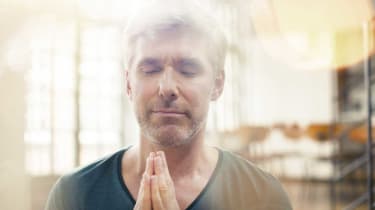 Financial markets have had their pick of several key ingredients for a full-on panic (or at least a U-turn to bearish sentiment). Start with the terrifying scenes of storm damage. For locals who lost billions in property, missed work, lost sales and ruined inventories, the toll is still climbing, as it is for refineries and terminals and other heavy industries facing lengthy and costly repairs. With critical relief dollars at stake, some worried that the president would tie the full faith and credit of the Treasury, the federal budget and tax legislation to his proposal to pay for the Mexican border wall. Plus, North Korea sent a missile right over Japan and tested another nuclear bomb, ending all pretenses that Kim Jong Un will stand down.

Yet, so far the preponderance of traders and investors haven’t taken the bait. Even as Harvey drenched Texas and Irma bore down on Florida, stock indexes stood firm. Bonds rallied. World markets were mainly in the green. That’s partly because the annual late-summer gathering of international bankers and Federal Reserve officials in Wyoming, which usually oozes with angst, was uniformly reported to be a snooze. And the debt ceiling can has been kicked down the road, for now.

Stay the course. I’m telling you all this because my role is to be a voice of reason. These story lines buttress my conviction that your best portfolio strategy is to carry on with what’s working, which is almost everything except the suffering energy sector. This is consistent with an unexpected and underreported development in 2017, one that has helped minimize the market’s reaction to natural disasters, Washington chaos and North Korean bombs: Financial markets have lost some of their legendary power over political, economic and even military decision-making. Traders are less able (and less willing) to try to force the hands of governments and central bankers by selling in a snit.

That’s why we are not suffering in 2017 from “taper tantrums” in conjunction with expected Federal Reserve tightening, stock-and-bond buyers’ strikes or instant corrections. Such theater, which we saw in 2013 and 2015, is self-defeating. The securities markets prefer now to be left alone to benefit from low interest rates and low inflation, decent economic growth (foreign now, as well as American), and rising earnings and dividends. Traders have decided they will wait for a crisis rather than cause one. So I’m absolutely not shocked to see prices for Treasuries and other bonds galloping higher as interest rates on issues dated longer than seven years stay flat or fall. And as long as credit is cheap and ample, stock prices can hold at or near record levels.

That’s balm for your IRAs, 401(k)s, and bond and other income holdings, including sectors I’ve often recommended: tax-free bonds, utilities’ shares, preferred stocks, and property and mortgage real estate investment trusts. There is no more reason to trust today’s knee-jerk naysayers than there was to follow the folks who overplayed last fall’s election—the ones who predicted rampaging growth that would send interest rates to the moon and brutalize bonds and bondlike alternatives. Wrong.

When I share my view—that the markets have built a wall of their own and declared independence from black swans du jour—here’s what men and women who manage billions of the public’s dollars tell me: They’re comfortable carrying on, paying attention to the basics. For Aaron Clark, who runs portfolios of dividend stocks for GW&K Investment Management, that’s corporate profits. “Earnings are the driver of dividends, and earnings have been pretty good,” he says. My talks with bond experts become shared commiserations about needless negativity regarding a market that’s doing just fine. So I say, Go ahead, Wall Street. Build that wall.