Investors may be jittery about the Fed's plans to bump up rates this year, but you may be able to benefit. 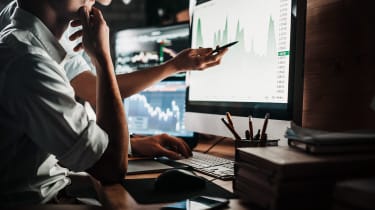 Most of what you read and hear about higher interest rates is negative. Some of it, to be blunt, is downright alarmist and exaggerates the risks. If Treasury note and bond yields and other key rates don't level off pronto, we're led to believe, then stocks and bonds will melt down, the sweet family eager to buy your house won't find an affordable mortgage, and America's steady economic growth will come to a choking halt.

Stock investors have proved that they are indeed jittery about rising rates, but I don't foresee a long-lasting meltdown yet. I confess that the part about mortgages rings true, but I also remember once paying 13.5% on a home loan. And the idea that the U.S. economy is so fragile that a 3% yield on government bonds will strangle growth strikes me as preposterous. Today, big businesses have so much cash that most can easily put more of their own money back into their enterprise instead of borrowing to maintain or expand their operations.

I am extremely confident that American businesses, both public and private, can handle not-so-rock-bottom credit costs, and so can you. In fact, you might benefit as rates settle on a higher plane. That's largely an untold story, and it promises broader and deeper opportunities than the extra 0.5 percentage point your bank might magnanimously offer you to renew a CD.

More Bang for Your Buck

Consider three narratives. First, scores of fixed-income mutual funds and exchange-traded funds are paying out higher monthly cash distributions. Second, newly issued preferred stocks and ordinary bonds, both taxable and tax-free, are sporting weightier coupons. Third, a profusion of floating-rate investments are poised to profit from rising rates. Those include not just popular bank-loan funds but also portfolios that hold big chunks of other debt with floating interest—securities backed by payments from car loans, equipment leases or credit cards, for example.

The iShares 1-3 Year Treasury Bond ETF (symbol SHY, $83, yield 2.1%) exemplifies the first story line. Since February 2017, this fund has steadily increased its distribution, from 5.1 cents a share to 9.4 cents a share through January, dipping to 8.6 cents in February. You've probably noticed the sharp increase in short-term interest rates. A fund like this one passes the higher rate directly to investors, and the payouts aren't boosted by capital gains, returned capital or extra dividends paid for with borrowed funds. The ETF's net asset value has shed a few pennies so far this year, and that leaves the NAV at the same point it was seven years ago--but with a growing rather than shrinking payout. If you'd prefer tax-exempt income, Vanguard Short-Term Tax-Exempt (VWSTX, $16, 1.4%) has upped its monthly per-share dividend from 13 cents to 17 cents in the past 12 months, with a flat net asset value. You can find plenty of funds with similar patterns (prices and yields in this column are as of February 16).

Next: preferred stocks. Late 2017 and early 2018 brought a bunch of new offerings. In January, several real estate investment trusts issued preferred shares with coupons ranging from 6.125% to 6.50%. In 2017, comparable offerings paid between 5.25% and 5.50%. The series G preferred shares from Annaly Capital Management (NLY, $24, 6.8%) can convert at maturity, in 2023, to shares with a floating-rate coupon equal to the three-month London Interbank Offered Rate (currently 1.88%) plus 4.172%. This is called a fixed-to-floating security, and it's worth watching out for such shares.

That's my segue to floating-rate investments. Floating-rate funds that own parts of adjustable-rate loans, such as Fidelity Floating Rate High Income (FFRHX, $10, 3.6%), have done well so far in 2018. But there are many other varieties—and rising rates are on your side with all of them. Think of it this way: If you believe interest rates are headed up for a long spell, put your cash on the escalator.