If long-term Treasury bonds return nothing, tax-free municipal bonds of similar maturities will give you 3% over the next year. 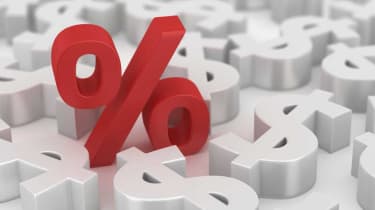 Municipal bonds are not show-stoppers, but over the past year they have been the stars of the fixed-income world, leading all categories with total returns of 3% to 4% (depending on which index you use). Looking ahead, I see more of the same. For 2016, I expect munis to perform better than any other domestic bond category.

I’m not sure how much tax-free bonds will earn in 2016, but I’d venture to guess this much: If long-term Treasury bonds break even, munis of similar maturities will give you 3%. If T-bonds lose 3%, which is plausible because yields are likely to creep up from today’s levels (and bond prices move in the opposite direction of yields), munis will finish even or slightly in the black. And that’s before you take into account that muni interest is exempt from federal income taxes and possibly from state and local income taxes as well.

Plenty of pluses. Why am I so upbeat? Let’s start with a few big-picture issues. Hedge funds, foreign speculators, Wall Street trading desks and other mischief makers are nonfactors when it comes to municipals. The Federal Reserve’s small and spasmodic rate bumps will trim much less from the value of tax-exempts than from Treasuries and corporate bonds of equivalent maturities (though, frankly, I don’t think Treasuries and corporates will lose much in the coming year, either). In past rising-rate cycles, market values of muni bonds have fallen 50% to 60% less than the prices of Treasuries have fallen.

In addition, the muni supply-demand picture looks favorable. Tax-exempt debt in circulation started falling in 2010, and the numbers show no signs of turning up. Issuance (refinancings and bonds for new projects) in 2015 exceeded that of 2014, but 2014 was light, 2015 was average, and 2016 is expected to be light again. At the same time, muni trading volume has collapsed to the lowest levels of the 21st century. Few bondholders are selling in the open market because they fear they won’t be able to reinvest the proceeds at acceptable interest rates. When states and localities float new bonds, buyers rush in, no matter how scanty the yields, and the offerings are invariably oversubscribed.

Credit quality is another tailwind for munis. Fitch Ratings said in December that for the first time since the 2008–09 recession and credit crisis, all 50 states have a stable rating outlook for the year ahead (though Fitch and Moody’s Investors Service recently downgraded their ratings of Illinois). All around the U.S., income- and sales-tax receipts are up, bolstering state and local budgets. Most cities and suburbs are seeing rising real estate values, another credit plus. The few trouble spots, such as Puerto Rico, have little impact on the broad muni marketplace.

One of the big surprises of the past year was the performance of high-yield munis. Excluding Puerto Rico bonds, the category, which includes junk-rated and unrated bonds, earned 6%—twice the gain of double-A-rated tax-frees. John Miller, tax-free bond chief for Nuveen Asset Management, says the superior results are due to booming demand for sound high-yielding issues, such as tobacco-settlement revenue bonds.

I’m not saying municipals are cheap. But as a practical matter, I think you’ll do reasonably well owning any well-regarded intermediate or long-term national municipal fund. A good place to start is Fidelity Intermediate Muni Income (symbol FLTMX), a member of the Kiplinger 25. It yields 1.6%. Another fund I like is USAA Tax Exempt Long-Term (USTEX), which pays 2.3%. If you can handle some extra risk, check out closed-end muni bond funds. Many sell for 8% or more below the value of their assets and yield 6% and up. Just note that most muni closed-ends employ leverage, so they can be volatile.