Penny Stocks: Why You Should Always Stay Away

With the exception of some large foreign firms, investors should generally avoid stocks that trade over-the-counter. 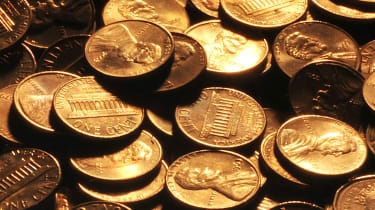 Penny stocks – those stocks that trade for low prices, often with share prices of less than a dollar per share – are dangerous. Period. Indeed, with a few exceptions, investors should steer clear of these uber-cheap stocks, which typically trade over-the-counter and not on a major exchange.

Call them penny stocks, microcaps or OTC stocks; by any name, they’re bad news. Promises of quick and easy riches are easier to fall for when an investment can be made with so little money up front. An investor might think, "How risky could it be?"

Plenty. Per the Securities and Exchange Commission: “Academic studies find that OTC stocks tend to be highly illiquid; are frequent targets of alleged market manipulation; generate negative and volatile investment returns on average; and rarely grow into a large company or transition to listing on a stock exchange.”

We’ll break down what all that means below, but suffice to say, the SEC is not a fan.

Why Penny Stocks Are So Dangerous

To be clear, this is not to say that every penny stock or OTC company is a scam. The danger is that the over-the-counter market is where the scam stocks live. Think of it as a bad neighborhood. Being there can make you a mark for a con.

For some background, the OTC market is different from exchanges like the New York Stock Exchange or Nasdaq, where trading is centralized. There is no one OTC exchange. Instead, the OTC connects buyers and sellers over a computer- and telephone-based system. Any stock that does not trade on the NYSE, Nasdaq or other established U.S. exchange can trade over-the-counter. These securities also are known as “unlisted stocks.”

The SEC has long warned investors about the high risks associated with such stocks. The Financial Industry Regulatory Authority (FINRA), the industry’s self-regulatory agency, likewise waves a red flag over the buying and trading of OTC securities.

That’s because companies that list on the OTC aren’t required to file periodic or audited financial reports as they must do if they are listed on a major exchange, such as the NYSE or the Nasdaq. In other words, there’s no way to know if they’re telling the truth when they claim to have sales and profits. The major exchanges also have listing requirements; OTC stocks don’t. For example, a company must have at least 400 shareholders and a market value of at least $40 million to get a listing on the New York Stock Exchange. The OTC makes no such requirements.

Put it all together, and it makes it easier for unscrupulous managers to lie about their business prospects or commit securities fraud.

But that’s not all. The shares that exchange hands on the OTC tend to be “illiquid,” meaning they often trade in low volumes and have a limited number of buyers and sellers. That can make it difficult or impossible for investors to buy or sell shares at the prices they want.

That lack of liquidity also makes many OTC stocks the perfect vehicle for “pump-and-dump” schemes where stock promoters lure investors to buy shares, increasing the stock price. Then, when the price gets high enough, the pumper sells his shares, causing the stock to fall and leaving investors with poor returns, or even losses. Anyone here see The Wolf of Wall Street?

To protect investors from falling for these schemes, the SEC suspended trading of more than 800 microcap stocks — more than 8% of the OTC market — between 2012 and 2015. Once a stock has been suspended from trading, it cannot be relisted unless the company provides updated financial information to prove it’s actually operational. Since that rarely happens, trading suspensions essentially render the shares useless to scam artists.

Be that as it may, there is one segment of the OTC market that investors need not fear.

Amidst the riff-raff, some of the biggest, most respected foreign companies in the world list their U.S. shares over-the-counter instead of on the major U.S. exchanges. Here, you’ll find shares of The Industrial & Commercial Bank of China Ltd. (IDCBY), which happens to be the biggest bank in the world. You also can buy shares of Switzerland’s Nestle (NSRGY), the largest food company in the world; China’s Tencent (TCEHY), the country’s largest internet service provider; and Japanese gaming giant Nintendo (NTDOY).

The reason has to do with cost and convenience. For example, a foreign firm listing on the NYSE or Nasdaq must prepare two sets of audited financial statements for everything it does — one to conform with international accounting standards, and another that adheres to the generally accepted accounting principles (GAAP) used in the U.S. That isn’t a requirement over-the-counter.

With an OTC listing, a foreign company gains access to the vast pool of U.S. equity investors at a fraction of the cost and effort.

The bottom line is that with the exception of large, established foreign firms, OTC stocks come with too many risks. It’s not possible for the average investor to know if the company is on the up and up. And even legitimate tiny companies can fail virtually overnight. The pitfalls of trading OTC stocks just aren’t worth it.

It’s easy enough to lose money investing in stocks. Why make it easier?