Vanguard Target Retirement 2030 Keeps Its Eye on the Prize

With these retirement-focused funds, staying put is the best strategy. 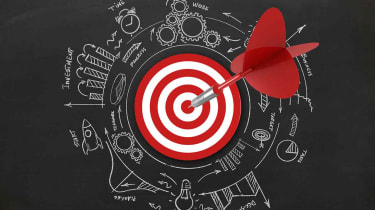 When the stock market crashes, the hardest thing to do is to do nothing. But target-date fund investors who took that route came out of the sell-off just fine.

Vanguard Target Retirement 2030 (symbol, VTHRX), a proxy for all target-date funds but designed for people with 10 years to go before retirement, returned 0.2% over the past 12 months, including a 24.9% loss from peak to trough in February and March. That beats 71% of all target-date 2030 funds. For context, Standard & Poor’s 500-stock index lost 34% during the winter sell-off.

Target-date funds, which hold stocks and bonds, are designed to help people invest appropriately for retirement. Experts make the investing decisions, rebalance the portfolio when needed and shift holdings to a more conservative mix as you age. The Target Retirement 2030 fund has 67% of assets in stocks, 31% in bonds and 2% in cash.

These funds, fixtures in 401(k) plans, also help save investors from themselves. Most target-date fund investors buy shares with every paycheck, automatically buying at lower prices in down markets. They tend not to sell until they’re close to retirement.

During the historic sell-off, some shareholders did unload a few shares. The net inflow (money coming in, less money going out) in Vanguard’s Target Retirement series, which includes 12 funds, was negative in March by $3.9 billion. That was unusual but modest, given that the firm manages a total of $726 billion in target-date fund assets, says Vanguard spokesperson Carolyn Wegemann.

Shareholders who sold missed out on rebalancing moves in March, when portfolios took profits in higher-priced fare to buy low-priced assets in order to keep target allocations intact. Given market volatility, Vanguard rebalanced Target Retirement port­folios, which hold index funds, more than usual. “Sometimes the market was down 10% one day and up 10% the next,” says Marty Klepp, who heads Vanguard’s index strategy team.

Over the long haul, Vanguard Target Retirement 2030 has delivered solid returns. Since its June 2006 inception, the fund has gained 6.0% annualized, better than the 4.9% annualized return in the typical fund with a 2030 target date.

The Berkshire Hathaway portfolio is a diverse set of blue chips and, increasingly, lesser-known growth bets. Here's a look at every stock picked by Wa…
10 of the Best Target-Date Fund Families