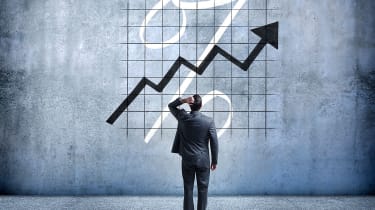 Pimco Low Duration Income (PFIAX) boasts a duration of 1.4 years. That implies the fund's value would decline by 1.4% if rates were to rise one percentage point. By contrast, the Bloomberg Barclays U.S. Aggregate Bond index has an average duration of 5.9 years.

Managers Daniel Ivascyn, Alfred Murata and Eve Tournier want to generate income and keep interest-rate sensitivity in check. They hunt for bonds with durations of three years or less and divide the portfolio into two groups: high-yield bonds that perform well in growing economies, and high-quality debt that will rally during weak economies. The managers are willing to take on more credit risk—that is, the risk that a bond issuer will default—than the average short-term bond fund. But riskier bonds must pay more to attract borrowers, and that helps to boost the fund's yield to 2.6%—more than the 2.4% yield of the typical short-term bond fund.

The fund takes its cue from Pimco's overarching view of the economy and the bond market. The current outlook is a cautious one, given the well-above-average length of the current economic recovery and pockets of the bond market looking rich compared with historical values. As a result, the fund's managers have grown more defensive recently and have added to the fund's positions in U.S. Treasuries and foreign government debt. On the high-yield side, the crew favors mortgage-backed securities that are not guaranteed by the U.S. government.

Earlier this year, Pimco converted the no-load, Class D shares of all of its mutual funds to A shares, which carry sales charges of 2.25% to 3.75%. To avoid the load, investors can purchase shares at Fidelity, Schwab or Vanguard for no load and no transaction fee.