Hodges Small Cap Fund Is Back on Track

After a few rough years, a small-cap fund rediscovers its mojo. 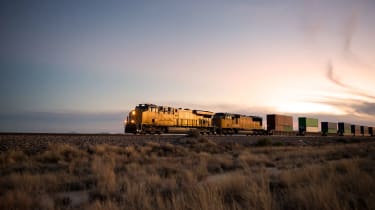 At last check, the team at Hodges Small Cap (HDPSX) had found only 48 stocks they liked well enough to own—but not for lack of looking. Because small-capitalization stocks (by the fund’s definition, those with market values of about $4 billion or less) don’t get as much coverage by Wall Street analysts as their large-cap cousins, finding gems requires a lot of legwork, says comanager Eric Marshall.

A true “blend” fund, the portfolio includes both fast-growing and undervalued companies. For the growers, the managers look for businesses they think can robustly boost earnings and cash flow over the next 12 to 18 months. Value picks are often under-the-radar firms whose stocks trade at a discount because the market misunderstands their business, says Marshall. Beyond growth or value themes, the managers favor firms able to boost prices for their products and services, and those in industries with little potential for new competitors to arise.

The fund opened for business just after the bear market commenced in 2007. Hodges surrendered 40.6% in 2008—seven percentage points worse than the Russell 2000, a small-cap benchmark. Amid the bludgeoning, the managers pared the portfolio from 50 to 35 stocks, and those that remained paid off. The fund’s 49% return in 2009 clobbered the Russell 2000 by 22 percentage points. Hodges beat at least 70% of small-cap blend funds in each of the next five years, as the fund gradually added more stocks to the portfolio.

The fund hit a rough patch from 2015 through 2017, when Hodges languished in the bottom 20% of funds in its category. Partly to blame, says Marshall, was the fund’s aversion to red-hot biotechnology stocks. They soared over that period but did not have enough earnings to qualify for the portfolio.

Hodges looks to be back on track. The managers bolstered top positions when the market pulled back earlier this year, adding to stakes in Eagle Materials along with cloud computing firm Nutanix, which has returned more than 75% this year through June 15. Over the past decade, the fund’s 10.6% annualized return beat the Russell 2000 by 0.4 percentage point per year. Hodges has beaten the index in six of the past 10 calendar years.