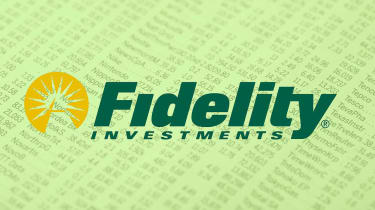 When it debuted back in 1989, Fidelity Low-Priced Stock (FLPSX) invested mostly in small-company stocks trading at $15 per share or less. Had you invested then, you'd scarcely recognize today's portfolio, which has 40% of assets in midsize companies and another 34% in large firms. You'd have also enjoyed an average annualized return of 13.8%–four percentage points better than Standard & Poor's 500-stock index.

Manager Joel Tillinghast, who has helmed the fund since its inception, has stuck to the same basic stock-picking formula, although the price tags for the stocks he shops for are a bit higher today. To be considered for the portfolio, a stock must now trade at $35 or less at the time of purchase or boast a price-earnings ratio less than that of the median stock in the small-company Russell 2000 index, which is still the fund's benchmark. Beyond that, Tillinghast and his team (six comanagers oversee a small portion of the fund) hunt for fast-growing firms trading cheaply compared with their "intrinsic value," which Tillinghast and company determine by analyzing the strength of a firm's balance sheet, the stability of its revenues and its competitiveness within its industry.

The fund holds 950 stocks; the top holdings represent the stocks the managers like most and those with the largest market capitalizations. The fund's size ($37.4 billion in assets at last check) generally prevents it from taking large positions in smaller firms. Many of the fund's holdings represent less than 0.1% of total assets.

Funds with a glut of assets and an expansive portfolio tend to mirror their benchmarks, but Tillinghast separates Low-Priced Stock from its bogey and its peers by looking for values overseas. The fund allocates 41% of assets to foreign stocks, compared with 3% for the average value-oriented mid-cap fund and less than 1% for the Russell 2000. The fund has 10% of assets invested in small Japanese firms, which Tillinghast says trade at reasonable prices, with stronger balance sheets than comparable firms in the rest of the developed world. If value-investing guru Benjamin Graham were alive today, Tillinghast says, "he'd be learning Japanese."

For many investors, the short answer is no. Here’s why, and what you might consider instead.
Skip to ContentSkip to Footer