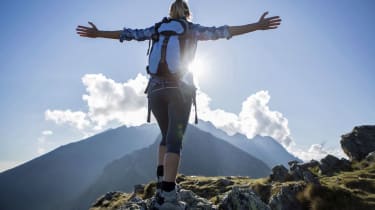 It pays to invest in companies that regularly boost their dividends. But you don’t have to follow strict rules to succeed, as Paul Dlugosch and Scott Moore, the managers of Buffalo Dividend Focus (BUFDX), have shown. Over the past year, their two-year-old fund has bested Standard & Poor’s 500-stock index by eight percentage points.

Dlugosch and Moore focus on steady dividend raisers. But unlike some investors who employ a similar strategy, they don’t demand a certain number of years of consecutive payout boosts. The managers start with U.S.-traded stocks with a market value of at least $1 billion and a minimum yield of 2.0%—about 800 firms in all. They then home in on bargain-priced companies that have a strong competitive edge in their industry and that generate enough cash profits to support—and boost—dividends over time. The resulting portfolio includes companies that have only recently begun to pay dividends, such as Apple, and firms that have been sharing the wealth for decades, such as General Mills.

Much of the fund’s success has been fueled by its stake in energy-related master limited partnerships, says Moore. These partnerships typically own oil refineries, pipelines and other infrastructure. Shares of two holdings, Phillips 66 Partners and EQT Midstream Partners LP, both of which own and operate oil and gas pipelines, returned 96% and 68%, respectively, over the past year.