The short-term bonds in this fund are stress-tested. 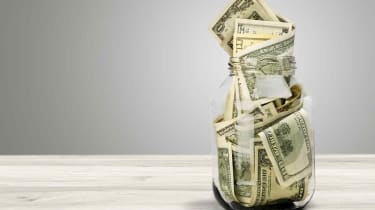 Money that you need at your fingertips in the very short term should be stashed in federally insured accounts, period. But if you’ve got some money that you don’t want to lock up long-term and that can stand a little volatility—perhaps you’ve sold some stocks and you’re waiting to redeploy the proceeds—then consider an ultrashort bond mutual fund.

Bonds in these funds, which typically yield more than cash accounts for a little more risk, usually come with maturities of a year or less. Bonds with short maturities have less time to default, making them less risky than longer-dated debt. And with yields on 10-year Treasuries languishing in the basement, there’s little incentive for income investors to venture out of the shallow end of the pool.

BBH Limited Duration (symbol BBBMX) currently yields 1.9%—a bit less than Standard & Poor’s 500-stock index and about the same as Bloomberg Barclays U.S. Aggregate Bond index, a benchmark for the broad bond market. To build the portfolio, managers Andrew Hofer and Neil Hohmann start by screening the broad bond universe, including corporate and municipal bonds as well as bundles of loans known as securitized debt, to hunt for undervalued issues—those projected to comfortably outperform similarly dated Treasuries, but whose risks the bond market overestimates. In early February, 7% or 8% of corporate bonds passed the screen. By mid March, amid market turmoil, more than 60% looked like potential deals, says Hofer.

From there, the fund’s management team goes bond by bond, favoring offerings from experienced issuers and those backed by understandable, transparent cash flows. Managers “stress test” each bond in the portfolio to assess how it would hold up under worst-case scenarios. Bonds backed by consumer loans assume 20% unemployment, for instance. Such rigor allows the fund to venture into slightly riskier territory than peer funds.