The managers for this large-company global stock fund scout for companies that invest aggressively for growth. 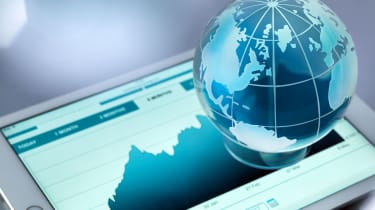 Venturing abroad to find stocks has gotten more challenging lately. But Baron Global Advantage (BGAFX) has found success with a mix of foreign and domestic stocks. Manager Alex Umansky and his team look across borders and at companies of all sizes, hoping to snatch another Amazon.com (AMZN), Alibaba (BABA) or Facebook (FB), some of the standouts in a tailored collection of, at last count, 45 stocks.

To narrow the investable universe a bit, the managers ask themselves a set of simple questions: Can this company increase its market value (share price times shares outstanding) five- or tenfold? Do they believe in the management team? Can it create a meaningful and attractive brand?

The fund is drawn to companies that tap into a growing market, dominate it and then tackle adjacent businesses. Amazon, the fund’s second-largest holding, accounting for nearly 5% of assets, is a prime example. The e-commerce giant built its brand by selling and shipping books but is now an “everything store,” most recently disrupting drug retailers with its purchase of online pharmacy PillPack, says Umansky.

For Global Advantage, betting on the future beats collecting dividends in the present. “We’re looking for companies that are aggressively investing for growth, not returning cash to shareholders,” Umansky says. The fund’s biggest bet is on technology stocks, which make up 53% of the portfolio. Top holding Naspers is a South African internet and media firm with a huge stake in Tencent, China’s internet services giant. Some 13% of the portfolio is invested in Chinese firms, including CTrip.com, known as the Priceline of China.

The fund, launched in April 2012, can be volatile. In 2016, it lost 1.2%, compared with a 3.3% gain for its benchmark, the MSCI All Country World Growth index. The unexpected results of the U.S. presidential election created volatility in several of the fund’s U.S. growth companies as in­vestors shifted temporarily to more-defensive names. Campaign rhetoric about global trade led to double-digit losses in China-based shares. The fund bounced back in 2017 with a 49.6% return, besting 99% of similar funds. Global Advantage is the top performer in its category for the past 12 months.