Don't Expect the Fed to Protect Your Portfolio

Near-zero interest rates, high market valuations and monetary policy could make for an explosive brew. I'm counseling my clients to be prepared. 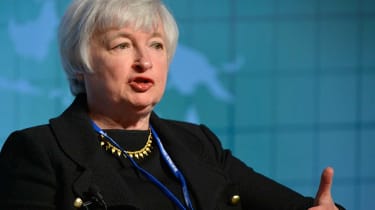 If you have read my previous articles, you know that I'm worried about what lies ahead for the markets. In my opinion, the Federal Reserve is following a failed strategy that results in a boom-bust cycle. The tech bubble collapsed under former Fed chairman Alan Greenspan; the housing bubble collapsed under Ben Bernanke; and the Bernanke/Janet Yellen bond bubble is teetering.

Worse is the mountain of debt the Fed helps create to stimulate the economy after each bust. This mountain of debt has had diminishing economic returns, meaning it takes more debt to create less economic activity. A combination of record-low yields, extreme market overvaluation and a Fed whose policies are ineffective should worry wise investors.

It's hard to say how President-elect Trump might play into the story. Since he is so unpredictable, we really have no idea what he will do. However, his past statements might indicate that he is in favor of low rates. So, if the Fed were to start raising rates, and the economy began to slip even a little, I would expect Trump to bring a ton of pressure on the Fed to keep stimulating the economy.

So be prepared. There are a number of strategies that can be deployed to take advantage of these Fed bubbles. Here are a few ways to protect your portfolio:

The Fed's policies have resulted in diminishing economic returns. With interest rates near all-time lows and the stock market near all-time highs, how can this be happening? First, let's review what the Fed does and how it impacts the economy.

As rates rise, debt becomes more expensive, so its growth slows. When rates are lower, debt is cheaper, and so the amount of debt increases. To achieve these goals, the Fed raises and lowers the money supply. The more money in the system, the lower rates go. When the Fed pulls money out of the system, rates rise.

To see if such use of monetary policy is actually effective, let's look at its impact on the economy.

Debt is often referred to as "leverage" because it can give you an economic return much greater than what you put in, the same way a lever is able to multiply the strength of the user to move heavy objects.

If the Fed's monetary policy is working, we should see increases in economic growth that exceeds the growth of debt. That hasn't happened, however, since the 1970s. Take a look at this chart tracking economic growth under seven Fed chairs up through Ben Bernanke to see what I'm talking about. The data is from the Federal Reserve of St. Louis:

Fed chairs Thomas B. McCabe and William McChesney Martin Jr. understood the idea of leverage. For every dollar of debt expansion under their tenures, the gross domestic product grew $4.66 and $2.20 respectively. Quite impressive.

Bernanke outdid his predecessor by squeezing only 9 cents of GDP gain for every dollar of debt growth. Granted, he was also the Fed chairman to preside over the worst economic collapse since the Great Depression, so he gets some points for keeping things from getting worse. Of course he could have recognized the housing bubble happening and prevented the collapse in the first place, but let's not quibble about who saw a bubble and who didn't.

Yellen's tenure is too short to know how things will work out. But the trend is pretty clear, in my opinion—less and less economic growth requiring more and more fiscal stimulus and debt.

For investors, do not expect the Federal Reserve to notify you that they have created a bubble. Greenspan famously said you can't see bubbles until after they pop. Bernanke assured investors that the housing market was solid just months before its collapse. And today, not a word of warning from the Fed about a potential bond bubble.

And this is my concern. Near-zero interest rates, record-high stock market valuation and a Fed that continues to follow a failed monetary policy adds up to another bubble, in my view. And its impact could be much more widespread than previous bubbles that popped.

There are strategies and investments that can be deployed that are actually designed to gain as the markets fall. By raising cash and utilizing some of these strategies, you could have the money to buy good investments when they become cheap.

As for the Fed, their policies are not helping long-term investors. Boom-and-bust cycles are not a good environment in which to invest. Investors need to be wary of both sides of the cycle and understand they won't hear a warning from the Fed about a bubble about to burst.