The Pros and Cons of Cheap Oil

Why the plunge in oil prices is roiling markets worldwide, and what it means for your pocketbook. 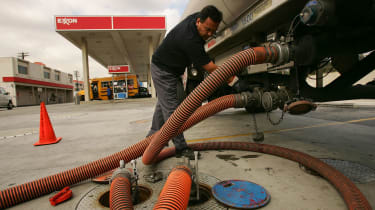 Buoyant consumers. With the price of a fill-up falling to its lowest level in 11 years, U.S. consumers will spend $750 less per household on gasoline this year than they did in 2014, the government estimates. That will spur consumer spending, which will lift the whole economy.

Tepid inflation. Declining energy prices tamp down inflation, which makes it easier for the Federal Reserve to keep short-term interest rates near zero—a boon for stocks.

Business beneficiaries. Airlines, truckers and package-delivery firms will save a fortune, given that fuel accounts for as much as 40% of their costs. Retailers, restaurants and hotels benefit directly from increased consumer spending. Banks and credit card companies also win; revenues from transaction fees go up, and consumer defaults are likely to go down.

Political pluses. Lower oil prices hurt the economies of some energy-producing U.S. adversaries, particularly Iran, Russia and Venezuela. That could make the world a little safer.

Sagging economies. Though higher supply is a major reason for oil’s drop, investors worry that persistent declines are a sign of falling demand due to slowing global growth.

Job losses. Oil at $50 a barrel could end the fracking boom and harm conventional drilling, too. Massive job losses could ensue.

Less business spending. Nine of the nation’s 20 biggest spenders on machinery and equipment are energy firms. Expect them and others to cut back on capital outlays.

Junk woes. As oil prices have fallen, concerns about the viability of heavily indebted producers have climbed, so high-yield bonds have taken a hit.

Foreign fears. Sinking oil hurts big energy-producing nations and raises concerns that they and their national oil companies could default on their debts.