If you want reliable income, focus on partnerships that move, process and store oil and gas. 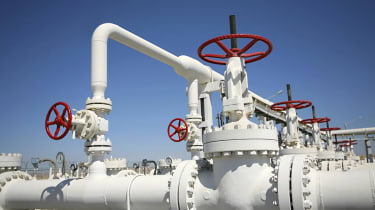 Drivers in the U.S. will burn 136 billion gallons of gasoline this year, according to government estimates. The U.S. aviation industry will consume 22 billion gallons of jet fuel, and the nation will use 62 billion gallons of fuel oil. And that assumes that the economy will expand by 2.4%. Kiplinger forecasts that gross domestic product will increase by 3.3%, so chances are good that we’ll use more oil than the feds are forecasting.

No, oil is not going the way of film and floppy disks. We will continue to rely on it, and, eventually, its price will stop retreating. And so will prices of energy stocks. Kiplinger predicts that domestic crude, which fell below $50 a barrel in early January, will rebound to $70 to $75 this spring.

If you’re investing for income, though, you need to be in the right energy stocks. In particular, you should still focus on energy-related master limited partnerships. I can’t think of another sector of the economy or another investment vehicle that is better suited for transferring cash directly from commerce to you. Yields from MLPs, which currently average 6%, dwarf the yields of 10-year Treasuries and the broad U.S. stock market, both of which pay about 2%. Plus, part or all of many MLP distributions qualify as tax-deferred returns of capital.

That isn’t to say that the oil crash had no effect on MLPs. From its peak last August 29 through its December 15 low, the Alerian MLP index surrendered 21% (including dividends). That was nowhere near as much as the 50% plunge in oil prices in the second half of 2014. But it was an unprecedented reversal for an investment category that has sloughed off just about every economic and political threat and has unfailingly boosted cash payouts to shareholders.

Of course, some energy MLPs fared worse than others. The biggest disasters were among exploration and production companies, which make up about one-fifth of the category. Consider the ongoing massacre of Linn Energy (symbol LINE), a producer set up as a limited liability company but with the tax status of a master limited partnership. From late June to December 30, Linn shares plunged nearly 70%, to $10. The company bowed to the reality of lower energy prices on January 2 and slashed its monthly dividend by 57%. At its January 8 price of $11, Linn yields a tempting 11%, but you’ll need nerves of steel to buy or keep these units, even at the reduced price.

My picks. If you want safe dividends and tolerable share-price volatility, focus on partnerships that move, process and store all the oil and gas that drivers and everyone else will continue to consume. My favorites are Enterprise Products Partners (EPD, $34, 4.3% yield), Magellan Midstream Partners (MMP, $79, 3.4%) and Plains All-American Pipeline (PAA, $51, 5.2%). None produce oil or other raw materials. They are basically toll collectors and should benefit from a strengthening economy as all those consumers who are buying SUVs, giant pickups and luxury cars pump more gasoline and diesel. Moreover, America still needs vastly more infrastructure to move gas from the Marcellus Shale in the East and the various western fields to distribution points and power plants. Part of the reason share prices of infrastructure partnerships have suffered lately is concern that some of the firms will shelve or postpone their projects. Well, we’re not about to stop driving and start turning off the heat.

At some point this year, money man­agers will conclude that the plunge in well-financed, dividend-paying domestic energy stocks is madness and start to rebuild stakes in them. I have always insisted that, like utility stocks and real estate investment trusts, energy-company shares are vital ingredients of income-oriented portfolios. I don’t see that changing.

These five biotech stocks have already gone on heaters of 30% or more in 2020, and all of them still have plenty of upside to spare.
21 Dividend Increases During the COVID Crisis