Don't Settle for Anything Less Than True Diversification

The closer you are to retirement, the more important it is to make sure you've got your bases covered, because just having an appropriate mixture of stocks and bonds may not be enough to be truly diversified. 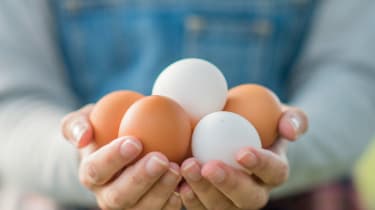 Diversification is a big word, but it can be simply defined: Don’t put all your eggs in one basket.

That sounds easy enough to understand and accomplish, but it can be trickier than you might think. That’s because there’s a big gap between how Wall Street looks at diversification and how the average retiree views it. Many people who think they are diversified, in reality, are not.

Here’s an example: A woman I know rolled over her 401(k) to an IRA at her local bank when her employer went out of business. She had been hands off up to that point, but it seemed like a good time to talk about changing up her investments and maybe moving to a more conservative mix.

When she asked her new adviser about it, though, he told her she was fine — that the mutual funds in her account were a good fit for her timeline.

Maybe they were. But she thought it odd that the same mix she had when she was in her early 40s would be right for someone in her late 50s. She’s still a few years away from retiring, but she’s worried.

And she’s looking for a new adviser. Maybe her guy’s idea of diversified is different because he’s young, or because he’s restricted to the products his bank has to offer, or because that’s just his point of view, she said. But it doesn’t work for her.

I can relate. When I worked for a big Wall Street firm, we were told to put a certain percentage of a client’s portfolio in stocks and certain percentage in bonds based on that person’s risk tolerance. That was diversification, they said.

But as 2008 showed us, when the market declined, people lost money in both stocks and bonds. So, was it true diversification? Nope.

It might work when the market is doing well — as it has been for the past several years. But we’re in a rising-interest-rate environment, which means bond values could get shaky. And stocks already have been experiencing some volatility. If there’s a major correction, that could be bad news for those stock-and-bond-only investors.

People in their 30s and 40s probably have a long time to recover from that loss. But retirees and pre-retirees who are counting on their investment accounts for income can’t wait for a rebound. They aren’t contributing to their accounts any longer; they’re taking money out. And the old excuse brokers tend to use — “It’s only a paper loss, it’ll come back eventually” — just won’t fly.

What’s an Investor to Do? A 3-Basket Approach

So instead of relying on a stock/bond percentage based on a timeline or overall risk tolerance, it’s smarter to look at your portfolio with three baskets in mind: a blue basket for liquidity, a red basket for growth and a green basket for safety.

Because there’s no perfect investment, each basket has its own purpose:

How do we know how much to put in each basket? It’s different for everyone, but a good place to start is the “rule of 100.” You take the number 100, subtract your age, and the result is how much risk you can afford in your portfolio.

Let’s say you’re 62 and have $1 million. You probably can afford to have about 38% of your portfolio at risk. You would want to keep the other 62% safe, and out of that, maybe keep 10% liquid. In dollars, that breaks down to:

Sounds easy, but at least 90% of the people I talk to who think they’re conservative investors are not following a true diversification model. They’re following the Wall Street version of diversification, and they’re missing something.

The Bottom Line for Investors

Your allocation should change to suit your stage of life. That concept is more important to understand now than ever. People are living longer. Many don’t have a pension to fall back on. And often they’re depending on the advice of someone who isn’t paying much attention to where they are on the road to retirement.

The next time you meet with your adviser, don’t just go over your balance and the products in your portfolio. Talk about those baskets and how much of your nest egg belongs in each based on your goals, needs and timeline. That’s how you’ll get true diversification.

Past performance is no guarantee of future results. All investment strategies contain risk including the loss of principal.

Marvin Mitchell is an Investment Adviser Representative and founder of Compass Retirement Solutions, LLC (www.compassretirementsolutions.com). He is the host of "Re-thinking Retirement" on NewsTalk 97.1 in St. Louis, Missouri, and also serves as a speaker, coach and trainer.

Bonds can be more complex than stocks, but it's not hard to become a knowledgeable fixed-income investor.
Peering Past the Pandemic

What you do between now and the end of the year can have a significant impact on how much tax you have to pay next April.
Warren Buffett Stocks Ranked: The Berkshire Hathaway Portfolio