This proven picker of foreign stocks is taking advantage of scary headlines and falling share prices to put his fund’s cash to work. 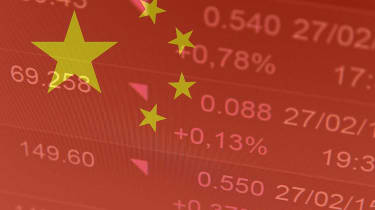 David Herro has been visiting China every year since the late 1980s. Here’s the thing: In all that time he never bought a Chinese stock for Oakmark International (symbol OAKIX), the fund he has run or comanaged since 1992. Why? He couldn’t find a high-quality company selling at a cheap enough price—until now. As the Chinese economy is showing signs of derailing, Herro just bought his first Chinese stock—and he added to his holding during the global market meltdown on August 24. (Alas, he says he won’t be able to disclose the stock’s name until the end of the quarter for regulatory reasons.)

The August 24 purchases, plus purchases made on August 21, put to work some of the 4% of Oakmark International’s assets that had been in cash. “We’ve been buying stocks on Monday, and we were buying Friday,” says Herro. “When prices plummet, we deploy cash. The name of the game is buy low, sell high.”

Herro makes money for his shareholders by going against the grain, investing in companies when scary headlines are plentiful and good news is scarce. “We look at companies we want to own, and usually they’re too expensive,” he says. “Then the stock gets hit, and if it’s something short-term and cyclical that’s dragging it down, we get interested.”

Sound crazy? Herro’s record is anything but. Over the past 10 years, Oakmark International has returned an annualized 6.7%, putting it in the top 4% of all diversified large-company foreign stock funds. Over that period, the fund has produced almost double the return of the MSCI EAFE index, which measures stocks of large companies in developed foreign markets. Since 2006, Oakmark International has lagged the average large-company foreign fund in just three calendar years. (All returns are through August 24.)

Herro’s longer-term record is just as enticing. Since launching Oakmark International in September 1992, the fund has returned an annualized 9.8%, compared with an annualized 6.1% for the EAFE index.

Talking to Herro, 54, is a little like looking at the world through a funhouse mirror. Where the consensus sees trouble, he sees opportunity, and vice versa.

The strengthening dollar has weighed down the returns of foreign stock funds for U.S. investors. Says Herro: “People need to focus on the future, not the past. Last year, we suffered the currency headwind.” But that could soon turn into a tailwind because, he contends, the greenback is overvalued for the first time in years.

While investors worry about whether the eurozone will splinter apart, Herro sees cheap, growing businesses. The Euro Stoxx 50 index trades at 15 times analysts’ estimates of earnings for the coming 12 months and yields 3.2%. That compares with a price-earnings ratio of 15 and a yield of 2.1% for Standard & Poor’s 500-stock index. What’s more, Herro says, earnings for European companies are nowhere near where they might be at the peak of the business cycle. “If anything, they’re closer to trough earnings,” he says.

Herro sees value in financials and in stocks of companies that make or sell non-necessities to consumers. Favorites include Credit Suisse Group (CS), which has a new CEO; Allianz SE (AZSEY), which has become too cheap because of misplaced investor concerns about the health of its Pimco subsidiary; and automaker Daimler AG (DDAIY). (Unless otherwise noted, all of the stocks mentioned here trade in the U.S. as American depositary receipts.)

As for the big picture, Herro thinks the risk that a financial contagion will be sparked by a Greek exit from the eurozone is behind us. More broadly, he says, Europe is much more heterogeneous then skeptics think. Yes, France badly needs labor market reforms. But Spain has undertaken such reforms, and Germany and Scandinavia long ago implemented sweeping changes.

Herro says the dollar is overvalued by about 10% today. “The strong dollar is hurting U.S. corporate earnings,” he says. “The reverse is happening to Europe.”

Japan also looks attractive. The yen, Herro says, is undervalued for the first time since 2007. More important, Japan’s corporations are finally focusing on boosting shareholder value and are deploying capital intelligently, as opposed to merely building market share. The fund has about 15% of assets in Japan, with Honda (HMC) and Toyota (TM) among Herro’s favorites.

Herro was bullish on emerging markets from the onset of the Asian currency crisis in 1997-98 until 2006-07, when “a wall of money came in.” By that, he means that overly optimistic investors bid up stock prices to the point that they became overvalued. Now he’s tiptoeing back in, almost exclusively in Asia. He and comanager Robert Taylor have 5.8% of assets in emerging markets. His largest holding is South Korea’s Samsung Electronics (Samsung doesn’t have an ADR).

China faces big problems, Herro concedes, as it attempts to combat corruption and simultaneously transform its economy from an exporting powerhouse into a more consumer-oriented society. He anticipates China’s economy will grow 4% to 6% annually—nowhere near the 10% it averaged until recently. But he sees little danger of China going into a prolonged nosedive. “It’s a dynamic place,” he says.

My biggest quibble with Oakmark International is the 0.95% price tag. That’s not high compared with other foreign stock funds. But with $30 billion in assets, Oakmark should charge less. One other quirk: You can only buy the fund directly from Oakmark; in other words, you can’t buy it from your online broker.

But these are minor complaints. Whether you’re looking at investors who specialize in U.S. stocks or those who focus on foreign markets, Herro is, in my view, one of the most talented value managers you can find. Because of him, Oakmark International is a keeper.