What the DOL's Fiduciary Rule Means for Consumers

The new regulations may cause some advisers to leave the game or raise their costs. 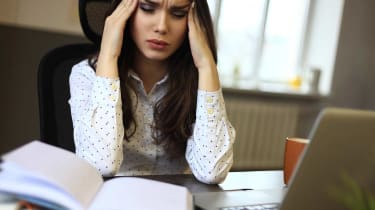 When the Department of Labor announced the revamped version of its fiduciary rule back in April, all kinds of talking heads—analysts, attorneys and, of course, politicians—were ready to chime in on its pros and cons. There's been a lot of chatter, but not a lot of answers.

The financial advisers affected by the so-called Conflict of Interest Rule still have plenty of questions and concerns regarding the new regulations and how they'll affect our industry. I'm with them. We need clarification on the timeline, terminology, liability and more.

And, just as importantly, so do our clients. After all, this is supposed to be all about the consumers, but nobody is talking to them.

Every insurance company, every finance company, every broker, agent, adviser and representative that I've talked to is freaking out about this rule, which basically states that it doesn't matter what you call yourself, you must act as a fiduciary. But when we go to the clients, they say, "I guess this fiduciary standard makes sense—so why aren't we already on it?" or "Yeah, we've heard something about this, but we really don't know how it applies."

Here are three reasons the fiduciary rule is important from the consumer's perspective:

At its core, the rule is designed to protect consumers receiving investment advice inside of qualified retirement plans and individual retirement accounts (IRAs). And that's a good thing. We need some reforms. Investors need to know the difference between the fiduciary standard (advice provided in the best interest of the client, including the disclosure of possible conflicts of interest) and the suitability standard (advice is based primarily upon the financial objectives, income level and age of the client).

The average consumer probably doesn't know that the testing, licensing and oversight in the insurance and investment worlds are quite different. The standards for advisers and brokers are different. The ways these professionals get paid are different. If these changes actually bring some clarity, that's a positive. As an investor, you really should know who you're working with and get an eye for their integrity.

But, as in all things, you have to be careful what you wish for. Many in the industry won't want to go through additional training or risk a potential lawsuit as we work our way through what "best interest" means. I think we're going to have a shortfall of good advisers when many decide to retire rather than change their way of doing things. Consumers may lose representatives they trust.

There's going to be a learning curve for people as they find out what they're paying for and how much they're really paying for it. Some will struggle with the fee-based model or the assets under management model versus the world of mutual funds and hidden fees. Not knowing or ignoring the costs may have been more palatable for those folks.

Every consumer wants the best advice, but they may not have been considering what it costs to have it. If the expense of putting everybody on a level playing field regarding fiduciary responsibility raises the cost of getting advice—or if companies decide to deal only with big money investors—some new or timid investors, and possibly lower- and middle-income workers, may be priced out of the game. The rule's aim is protection, but for these consumers, it could result in limited access to professional guidance and investment products. Though DOL Secretary Thomas Perez told reporters in 2015 that "the rule is intended to provide guardrails but not straitjackets," others have called it Obamacare for retirement planning—good in theory but an unrealistic business model.

There's also the chance that lawyers watching the process will get a little litigation-happy, using the term "best interest" as an excuse to accuse advisers of wrongdoing when an investment doesn't work out over a period of years or if there's a market correction. This, too, could add to expenses that would be passed down to the client.

The fiduciary rule will begin to take effect by April 2017, with full implementation due in January 2018. The timeframe was meant to give companies plenty of room to prepare, but it also provides the opportunity for court challenges. And when the new administration takes over, things could change again.

There's so much that's unknown right now. There's no "checklist" for compliance, so everybody is struggling and making assumptions. Some companies are aiming for a higher standard than the government wants or expects. Others aren't doing anything, saying there's too much oversight, too much scrutiny.

The wise consumer will keep track of any updates and how they might affect his or her portfolio.

Alan E. Becker is founder, president and chief executive officer of Retirement Solutions Group and RSG Investments. A U.S. Navy veteran, Becker has passed the Series 65 securities exam and holds insurance licenses in multiple states. He has been in the planning industry for 18 years.

Alan E. Becker is founder, president and chief executive officer of Retirement Solutions Group and RSG Investments, where he assists retirees and pre-retirees in the creation of retirement strategies. These strategies may include the use of insurance and investment products. He is the author of "Return on Investment or Reliability of Income? The True Meaning of ROI in the Golden Years." He is also the host of "Retire Right Radio with Alan Becker." Becker maintains a Series 65 securities qualification as well as insurance licenses in multiple states.

Investors let go of stimulus hopes and embraced COVID fears on Monday as cases surged both in the U.S. and abroad.
The Best and Worst Presidents (According to the Stock Market)

Thursday's gains were driven by more positive language on stimulus negotiations, but an uncertain timeline kept those advances modest.
Where Millionaires Live in America

Looking to rub elbows with the rich? These 15 metro areas have the highest concentrations of households with at least a million dollars in liquid asse…