A federal inquiry about pricing strategies is the latest bad news at the bond giant. 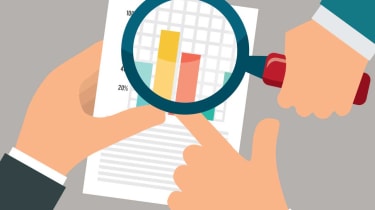 Pimco Total Return Active ETF recently made headlines—and it wasn’t because the exchange-traded bond fund was among the dozens of ETFs that crashed on the day the Dow Jones industrial average plummeted by more than a thousand points at the start of trading. Rather, the news was the revelation that the Securities and Exchange Commission was investigating Pimco’s stewardship of the fund.

Pimco, the enormous Newport Beach, Calif., bond specialist, disclosed that the SEC was investigating a four-month stretch starting from the fund’s inception, on February 29, 2012. Regulators are looking into the method Pimco used to value small positions in non-government-agency mortgage-backed securities that the fund purchased during the period, as well as what effect the pricing procedures had on the fund’s reported performance over that period. Pimco says it is working with the SEC to demonstrate that its conduct was “appropriate, in keeping with industry standards.”

Total Return Active ETF is, as its name suggests, an actively managed ETF (most ETFs merely seek to match an index). The ETF is run like Pimco’s flagship mutual fund, Pimco Total Return (symbol PTTDX), which is not a part of the investigation. The ETF holds $2.5 billion in assets; the mutual fund, which was once the biggest in the land, contains $98 billion.

Should investors in the ETF be worried? No. “The worst-case scenario is that Pimco pays a fine, which doesn’t impact shareholders of the ETF one bit,” says analyst Todd Rosenbluth, of S&P Capital IQ. Tom Lydon, editor of ETFtrends.com, agrees. “It won’t be a big deal,” he says. (For an interview with Lydon about the summer’s wild ETF trading, see Why ETF Prices Tank in a Market Rout.)

The inquiry comes on the heels of a rocky year for Pimco. In late September 2014, Bill Gross, a cofounder of the firm and the lead manager of both incarnations of Total Return, abruptly left and joined the Janus fund group. Gross was the ETF’s manager during the period covered by the SEC investigation. His departure came after a nearly two-year stretch of subpar results at Total Return.

The firm replaced Gross on Total Return (both the ETF and mutual fund versions) with Scott Mather, Mark Kiesel and Mihir Worah, all longtime Pimco managers, and they appear to have things in hand. Over the past 12 months through Sept­ember 7, the ETF returned 2.7%, outpacing the fund’s bogey, Barclays U.S. Aggregate Bond index, by 0.4 percentage point.

So we’re keeping Total Return Active in the Kiplinger ETF 20. We like its low exposure to U.S. Treasuries (6% of assets), which are especially sensitive to rises in interest rates (bond prices and rates move in opposite directions). Plus, the ETF yields 2.6%, 0.5 percentage point more than 10-year Treasuries.