The Case for Investing in Industrial Stocks

Tax cuts passed late last year are among the factors that will juice returns for industrials in 2018. 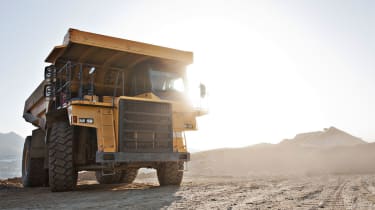 Industrial stocks have bested the broad market in recent years as investors have bet (rightly) that a growing economy will boost their businesses. The new tax law could lift sales further, making the sector a good way to play the economic recovery, with extra juice coming from tax cuts.

Industrial companies range from construction equipment and factory machinery makers to aerospace and transportation businesses. Some of the biggest are conglomerates such as Honeywell (symbol HON) and United Technologies (UTX). Others include Caterpillar (CAT) and FedEx (FDX).

These businesses tend to see sales rise in a strong economy and slump when growth slows, making them good bets now. Kiplinger expects U.S. economic growth to hit 2.9% in 2018, up from 2.3% in 2017. Industrials are also likely to benefit from rising wholesale inflation and a shift toward more spending on equipment and machinery, says Jim Paulsen, chief investment strategist of Leuthold Group, a fund company and investment research firm in Minneapolis. This isn’t just a U.S. story. Manufacturing growth in Europe, Asia and other parts of the world is rising. The U.S. dollar has been falling, too, helping U.S. manufacturers sell more goods abroad by making them less expensive in foreign currencies.

Tax breaks could be the kicker. Companies can now deduct 100% of the cost of capital equipment for the next five years. That’s likely to help boost demand for machinery and other industrial goods, says stock strategist Scott Wren, of Wells Fargo Investment Institute. Industrial stocks aren’t cheap, but “there’s still room for them to keep going up,” he says.

We are therefore adding Fidelity MSCI Industrials Index (FIDU) to the Kiplinger ETF 20. The fund tracks an index of 341 stocks, emphasizing giants such as Boeing, General Electric, 3M and Honeywell. These firms generate much of their sales overseas and would benefit from stronger economic growth abroad and a weaker dollar, which also makes profits earned in foreign currencies worth more when converted to greenbacks.

About one-third of the fund consists of small and midsize stocks. These tend to be domestically focused companies that should see more savings from lower tax rates than will multinationals, which already pay relatively low rates. Moreover, the smaller com­panies provide more exposure to sub-industries—such as electrical equipment, construction and engineering—and that adds to the fund’s diversification. One other plus: The fund’s annual expense ratio of 0.08% is lower than that of any other industrials ETF.

To make room for the fund, we are removing iShares Global Infrastructure. We still like its income-oriented lineup, but the ETF’s total returns (price gains and dividends) have disappointed. In a strong stock market, bolstered by a growing economy, we prefer the industrials ETF.