This SPDR ETF Answers the Lure of Rising Dividends

Only companies that have boosted payouts for at least 25 straight years qualify.

Investing in companies that regularly raise their dividends is a popular strategy that marries the lure of cash with the hunt for consistent growth. SPDR S&P Dividend is an exchange-traded fund that generates a stream of growing income from a portfolio of some of America’s most steadfast companies.

The ETF tracks the S&P High Yield Dividend Aristocrats index, which holds the 60 highest-yielding stocks in the S&P Composite 1500 that have raised their payouts at least 25 years in a row (the S&P 1500 is an index of small, midsize and large companies). The stocks are weighted according to yield, although no issue may account for more than 4% of the ETF, and S&P rebalances the holdings quarterly.

The result is a portfolio of established firms with records of steady growth. Beyond the ETF’s biggest positions, many holdings are household names, including Coca-Cola, Johnson & Johnson and Procter & Gamble. The presence of many makers of consumer necessities, which tend to hold up well during hard economic times, helps explain why the ETF performed better than the overall market and some of its peers during the 2007–09 rout.

As its performance over the past year suggests, the ETF is likely to lag during robust bull markets. But if you’re looking for a decent-yielding ETF that’s likely to boost distributions in the future, you’ll be hard-pressed to find a better one. 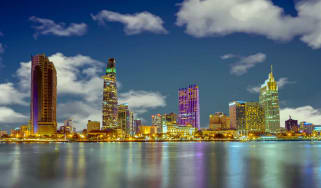 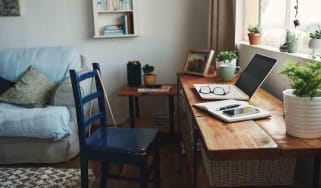 The Direxion Work From Home ETF (WFH) puts investors in touch with dozens of companies benefiting from the suddenly accelerating trend of remote work.
Skip to ContentSkip to Footer