Some insurers are raising term life prices, and it's getting tougher to qualify for the lowest premiums.

I plan to buy a term life insurance policy. I know that premiums have been low for the past several years, but I hear that rates are starting to rise. Is now a good time to buy? -- J.K., Portland, Ore.

Yes. Term life insurance rates are starting to creep up after nearly 20 years of steady decline, primarily because of low interest rates on insurers’ investments. Rates for a $500,000, 20-year term policy for a healthy 40-year-old man bottomed out at about $350 a year in 2010, where they have remained ever since, says Byron Udell, of AccuQuote.com.

But while a few insurers still offer those low rates, others have raised term prices over the past six months -- to, say, $415 to $445 a year on a 20-year policy for the same healthy 40-year-old man. Some insurers have made other big changes. For instance, two of the largest term insurers -- Genworth and ING -- stopped selling 30-year term policies, and others are expected to follow suit.

If you’re healthy and halfway through a 20-year policy, you may be able to lock in a low rate for a new 20-year policy, even though you’re older. But it’s getting tougher to qualify for an insurer’s lowest premiums; you must meet strict health criteria. Each insurer has different standards, so compare rates at www.accuquote.com and www.lifequotes.com.

Is Your Cash Value Life Insurance Policy Still a Good Fit for You? 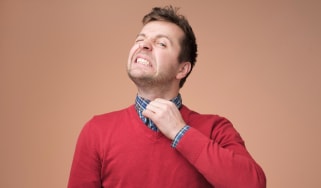 Is Your Cash Value Life Insurance Policy Still a Good Fit for You?

Over the years, you could have grown out of it. Or maybe your life insurance policy’s performance didn’t live up to your expectations. In any case, yo…
10 Best Financial Benefits for Military Families

Service members face a range of threats – from the lethal to the financial. A wide array of generous benefits and programs are meant to offset some of…
How Much Insurance Should You Get? A Lawyer’s Advice

Medicare Part A and Part B leave some pretty significant gaps in your health-care coverage. Here's a closer look at what isn't covered by Medicare.