How a Patient Advocate Helps You Navigate the Medical System

This professional can sort through your care options or sort out medical or insurance snafus. 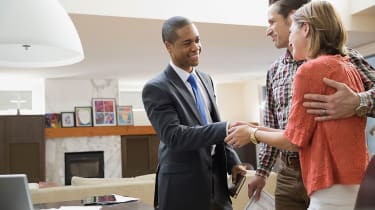 When Richard Crestani had eye surgery three years ago, an error in the medical billing code for the operation resulted in $18,500 in bills his insurance company refused to pay. After trying to correct the error for six months with no luck, Crestani, who lives in Boca Raton, Fla., called Kenneth Klein, a local patient advocate. Klein helps clients negotiate medical bills and resolve billing errors, and he was able to convince the hospital that the medical billing code was incorrect. In the end, the insurance company paid its share, reducing the bill by nearly $15,000. “He was very tenacious and knew just who to contact,” says Crestani.

A growing number of patient advocates like Klein can help you untangle medical bills or insurance coverage snags or assist with care-related questions, such as helping you decide whether to have heart surgery in your hometown or at a specialty hospital in another state. Patient advocates, also known as care managers or patient navigators, are often doctors or nurses, or they may be former employees of insurance companies, doctor’s offices, hospitals or other care facilities. That gives them an insider’s understanding of how the system works and how best to sort out medical snafus.

How to Find One

Many Americans already have access to these services through an employee benefits program. Health Advocate Solutions, for instance, works with 11,500 large companies and institutions worldwide, offering advocacy services to 12.5 million employees and their families. “Health care is confusing and difficult for the average person to figure out,” says Abbie Leibowitz, a founder of Health Advocate Solutions. “We help people who have any problem in health care.”

If your employer doesn’t offer a benefit like this, you’ll likely have to pay out of pocket for an independent advocate. Such professionals typically charge between $75 and $450 an hour, depending on the type of service required and your location, says Torrey. Some advocates who focus solely on billing issues charge a commission on the amount of money they save you instead of an hourly rate (or, in some instances, on top of an hourly fee). Leibowitz says the average case at his firm takes roughly two hours, spread over days or weeks.

The nonprofit Patient Advocate Foundation offers its services free. “We help patients with their entire case,” says outreach director Caitlin Donovan. Although the group deals mostly with lower-income households, anyone can call for help. “It can be hard to get through on the phone lines, but keep calling,” she says. The foundation works in tandem with many other groups, too, such as cancer and diabetes organizations.

One caveat: Patient advocates aren’t licensed, credentialed or regulated in any state. A group called the Patient Advocate Certification Board is developing certification criteria and an exam, which may launch in early 2018. In the meantime, if you’re thinking about hiring an advocate, ask your primary-care doctor for a referral, says Linda Adler, a patient advocate in San Mateo, Calif. Then interview the advocate. Ask for personal references, says Leibowitz. Find out what kinds of cases the advocate is used to handling to see whether he or she has experience with cases like yours. And if the advocate tries to sell you something, Leibowitz adds, find another candidate.