Don’t let fees and unfavorable exchange rates drive up the cost of your vacation. 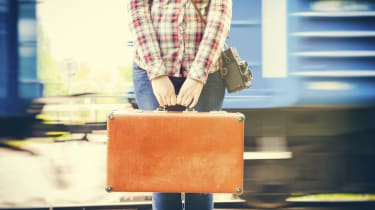 Although The strong dollar is encouraging Americans to venture abroad in search of bargains, stealthy fees and bad deals on exchange rates could still drive up the cost of swapping dollars for foreign currency.

Credit cards. Use plastic whenever possible; you will get a better exchange rate than at an ATM or exchange bureau. Recently, for example, the exchange rate through Visa was 0.903 euros for one dollar, compared with 0.798 from Travelex, one of the largest currency-exchange bureaus. On $1,000, that’s a difference of 105 euros.

A lot of credit cards still charge a foreign-transaction fee, typically 3% of your purchase. But the number of no-fee cards has risen in recent years. Four major issuers—Capital One, Discover, HSBC and Pentagon Federal Credit Union—don’t apply foreign-transaction fees to any of their cards. Most other major issuers offer a mix of fee and no-fee cards. You can search for no-fee cards at CreditCards.com and NerdWallet.com (see How to Avoid Paying 21 Annoying Fees).

It’s also useful to have a credit card that has a smart chip (a built-in micro­processor that provides an extra level of security) and that uses a personal identification number instead of a signature to verify your purchase. These cards are more widely used in Europe than those with just a magnetic stripe. Chip cards are expected to become widely available in the U.S. by next year. In the meantime, some credit unions, such as PenFed, offer chip-and-PIN cards with no annual fee. The Barclaycard Arrival Plus World Elite MasterCard offers a chip and PIN as well as generous rewards (the $89 annual fee is waived the first year).

Most major retailers and hotels abroad will accept your magnetic-stripe card or one that has a chip but only requires your signature. But the card may not work at some self-service gas stations and automated ticket kiosks, says Matt Schulz, senior industry analyst at CreditCards.com.

When you make credit card purchases, some retailers may ask if you want to pay in dollars instead of the local currency. That’s never a good deal, says Ed Perkins, a contributing editor at SmarterTravel.com. Retailers can’t get the wholesale exchange rate available to credit card issuers, and they may mark up the rate to pad their pockets.

Cash. When you need pocket money, use your debit card at a bank ATM. You’ll get a much more favorable exchange rate than those offered by foreign-exchange bureaus. You may be able to avoid out-of-network fees by using ATMs owned by your bank or its overseas partners. Some accounts, such as Schwab Bank High-Yield Investor Checking, refund all ATM fees.

Beware, though, of exchange bureaus that masquerade as ATMs. Increasingly, ATMs at major European airports are run by retail foreign-exchange outlets, such as Travelex, Perkins says. The signs on the ATMs promote free withdrawals, but you’ll pay a much higher exchange rate than you’d get from a bank ATM, he says.

Before you leave home, check your bank’s ATM locator. Visa’s and MasterCard’s ATM locators can tell you whether there are other bank ATMs at the airport. Just in case, bring along enough local currency to pay for cab fare to your hotel, where you should be able to find a friendly ATM.