Should You Take Out a Long-Term Car Loan?

You'll pay a lot more in interest when you finance a vehicle purchase over six or more years rather than the standard five. 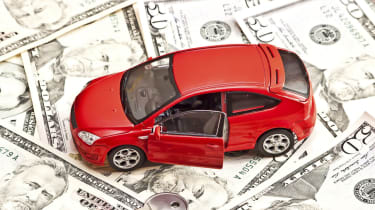 More and more car buyers are making a mistake when it comes to financing vehicle purchases: They’re opting for longer loan terms.

The average length of a car loan is at a record high 66 months, says Ron Montoya, consumer advice editor for car shopping Web site Edmunds.com. It’s been inching up almost every year since 2002, when the average length of a loan was 59.3 months. Higher car prices have been the primary driving force behind the increase in the length of loan terms. The average price of a new car has climbed from $28,710 in 2009 to $31,404 in 2014, Montoya says.

But even as car prices have risen, incomes haven’t kept pace. As a result, many consumers have been making smaller down payments and taking out longer-term loans to make vehicle purchases fit into their budgets. Yet car buyers aren't doing themselves any favors by using this strategy because those who take out longer-term loans end up paying much more overall than buyers who opt for standard five-year loans. Most significantly, the average annual percentage rate (APR) on a 55- to 60-month car loan is 2.41%, Montoya says. It’s more than twice that – 5.99% – for a loan with a term of 67 to 72 months. That higher rate translates into a lot more interest paid over the life of the loan.

Longer loan terms can also haunt you when it comes time to sell or trade in your car. The average trade-in age for a car is six years, Montoya says. But if the term on your car loan is longer than six years, you won't be debt-free by then. And the longer you wait, the less you’ll get for your car – which means you’ll have less money to pay down the balance of your loan or purchase a new car. Cars typically lose 55% of their value within five years. That percentage jumps to 68% by year seven, according to Edmunds.com. Rolling the balance of your old loan into the new loan is possible but problematic since you'd be increasing the loan amount and in all likelihood increasing your monthly payments.

How to avoid the long-term loan trap

Get pre-approved for a loan. Auto manufacturers often offer the most competitive rates on loans for new car purchases, Montoya says. But that doesn’t mean you should jump at any offer. Visit your financial institution before you start car shopping to get pre-approved for a loan. This has two benefits, Montoya says. First, you can compare the interest rate you’re quoted by your bank or credit union with offers from dealers to see if you’re really getting a good deal. Second, you’ll be approved for a loan amount based on what you can actually afford. Montoya says that this total loan amount should guide your purchasing decision, rather than the amount of your monthly payment.

Consider leasing. Leasing a car can make more financial sense than a longer-term loan if you don’t plan to keep the car longer than the term of the loan. For example, after a down payment you’d pay about $300 a month to lease the Camry in the example above for three years, Montoya says. Then you can swap it out for a new car without worrying about what to do with the balance of a loan. See When Leasing Makes Sense for more information.

Look into refinancing a longer-term loan. You're not necessarily trapped in a six- or seven-year car loan. Refinancing an auto loan is easier and quicker than refinancing a home mortgage, as long as the car isn't more than a couple of years old and worth less than the loan balance, says Bankrate.com analyst Mike Cetera. First, check to see if your current loan charges a prepayment penalty. Then ask your lender if refinancing is an option, he says. If the answer is no, shop around with other lenders to see if they are willing to refinance the loan. If you can afford the higher payments that will come with a shorter loan, you should be able to refinance at a lower interest rate, Cetera says.