Online banking is convenient but not foolproof.

When emily and Greg Martinez moved from Philadelphia to Los Angeles earlier this year, they thought that transferring their online bank account would be a snap. They were wrong. Because they didn't notify Sprint in time, their monthly cell-phone bill was paid twice -- once from their Philadelphia account and again from their new Los Angeles bank account.

Other online bill-payers have had bills that narrowly escaped being paid late, or weren't paid at all. One couple failed to notify Checkfree, their bill-paying service, that their mortgage lender had changed addresses. Their mortgage check was forwarded and ended up arriving on time. However, a young teacher wasn't so fortunate. He assumed that his car payments would be automatically debited from his checking account. But he neglected to sign the necessary documents, and after several missed payments, he had to scramble to fix the problem -- after his car had been repossessed in the middle of the night.

If you're among the two-thirds of U.S. consumers who no longer worry about writing checks or running out of stamps thanks to automatic bill-paying services, you still need to monitor your bills. After you sign up with a vendor or your bank, review your account statements on a regular basis, advises Mike Herd of Nacha, the electronic-payments association. And make sure that your payee mailing addresses are up-to-date.

When you sign up for automatic bill-paying with an individual vendor or with your bank, you can generally decide whether you want the funds debited from your checking account or charged to a credit card. You can change the amount, or even cancel the payment, sometimes as late as the day before your bill is due.

If you have a problem with unauthorized payments -- which happens to about 25 out of every 100,000 transactions, according to Nacha -- be sure to notify your bank or credit-card company immediately. Nacha rules require the financial institution to reimburse your account if a transaction is unauthorized. Neither Visa nor MasterCard holds consumers liable for unintended charges to their accounts.

In a rare instance, automatic bill-paying can be too efficient. Take the case of the Canadian man who died in his Winnipeg apartment but wasn't discovered for nearly two years. No one noticed because all of his monthly bills had been paid on time.

From reading materials to debt, the demands on your savings during your golden years might surprise you.
How to Catch a Rock-Bottom Rate 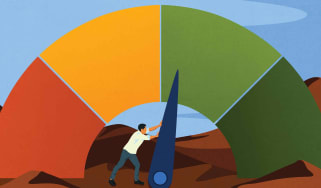 When times get tough, your credit profile could take a hit. Here’s how to keep it in shape.
The Five Top Consumer Complaints