Programs like the Peace Corps and Teach for America come with strings attached.

The advice sounds straightforward enough: If you’re drowning in student debt, ask Uncle Sam to wipe it away. After all, scores of federal and state programs erase government loans or award grants or stipends in exchange for public service. But before you commit to these deals, keep the following in mind.

If you drop out of the program, you lose the benefit. Take the TEACH grant, which awards up to $4,000 annually to students who agree to work four years in high-need teaching positions, such as science and special education, in low-income areas. If you don’t complete your service, the grant converts to an unsubsidized Federal Direct Loan, or Stafford.

That means you will repay every dime of the grant at 6.8% interest starting from the day you received the award. And if you declined a subsidized Stafford loan—with a current rate of 3.4%—to accept a TEACH grant, you lose twice because the grant converts to the higher rate.

Some organizations, including AmeriCorps and Teach for America, offer grants after service is completed. Your federal loans go into forbearance during that time, meaning interest continues to add up. If you complete your service, the government will pay some or all of the interest, but you’ll pay it—on top of your loans—if you don’t.

The Peace Corps forgives 15% of Perkins loans for each of your first two years of serv­ice and 20% for each of the next two, capping the forgiven amount at 70% of your combined loans. That’s helpful, but only if you’re willing to commit to several years of hard work for minimal pay—and only if you have Perkins loans to begin with.

AmeriCorps and Teach for America offer more flexibility. Volunteers are eligible for the Segal AmeriCorps Education award, tied to the Pell amount ($5,550 in 2012). To receive the award, members must generally complete their term of service—for AmeriCorps, typically 1,700 hours; for Teach for America, about one year. Two terms of service earn you the maximum amount of $11,100 (in 2012). But bowing out early for eligible reasons, such as serious illness, may qualify you for a prorated payout.

The Public Service Loan Forgiveness program also rewards service. If you work in the public sector—say, in public health or at a public school—the PSLF program forgives the remainder of your student loans after 120 on-time payments while you’re employed in the public sector.

The catch? To benefit from the program, you must also qualify for an income-based repayment plan, which reduces your monthly bill below what it would be under a standard ten-year repayment plan. After ten years, the remaining amount is forgiven. But lower monthly bills mean the loan principal stays larger longer and accumulates more interest. If you drop out of the public sector before making 120 payments, you’ll end up losing the forgiveness and paying more than if you had paid over ten years.

Your program may not last. The dependence of volunteer programs on congressional funds means that you pin your chances of loan forgiveness on Washington politics. For instance, funding for AmeriCorps was briefly on the chopping block in 2011, during the debt-ceiling debate.

And at just five years old, the PSLF program hasn’t yet forgiven anyone’s federal student loans. The first beneficiaries will emerge in 2017, giving Congress plenty of time to impose new restrictions or even eliminate the program.

This article first appeared in Kiplinger's Personal Finance magazine. For more help with your personal finances and investments, please subscribe to the magazine. It might be the best investment you ever make. 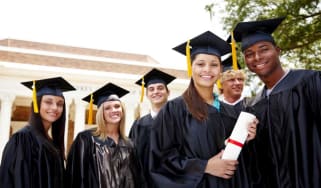