Whatever Happened to Chi-Chi's Restaurants?

A deadly hepatitis A outbreak devastated the chain in the U.S., but locations remain overseas. 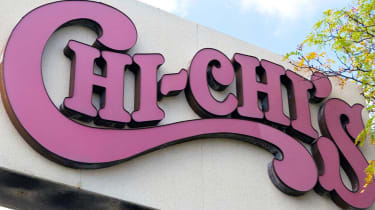 The home of the chimichanga and fried ice cream, Chi-Chi's was big on spicy food, from salsa and nachos to everything else Americans thought of as Tex-Mex food. Created by former Green Bay Packers star Max McGee and restaurateur Marno McDermit, it launched in 1975 in the unlikeliest of places for a Mexican food chain: downtown Minneapolis.

The timing was perfect, with Mexican food a trendy choice for diners at that time. Chi-Chi's took off, growing to 237 locations by 1986. But increased competition and a slew of unfortunate events spelled the chain's demise: The number of location slipped to 144 by 2002; Chi-Chi's filed for bankruptcy in 2003; and a month after that filing, tainted green onions imported from Mexico and served at a Chi-Chi's near Pittsburgh caused a hepatitis A outbreak that sickened 636 people and killed four.

The U.S. chain never recovered, though there are Chi-Chi's restaurants in Europe, Kuwait and the United Arab Emirates. And you can still find Chi-Chi's-branded products, owned by Hormel, in supermarkets.

Learn the fates of 13 more classic restaurant chains including Steak and Ale, Beefsteak Charlie's and Bennigan's.

The pandemic has revealed gaping holes in traditional insurance coverage for small businesses. Private insurance, including captive insurance, may be …
Making Wise Choices During Open Enrollment

Contributing Editor Lisa Gerstner runs through the new variables of the 2020 open enrollment season. Also, hosts Sandy Block and David Muhlbaum talk a…
Your Business Needs a Succession Plan: Here Are the Basics

Succession planning may be the single-most neglected aspect of business ownership. Don’t make the same mistake that so many others do. Instead, get st…