Some companies will benefit quickly from Obama’s actions, but ending the Kennedy-era embargo will take at least a decade. 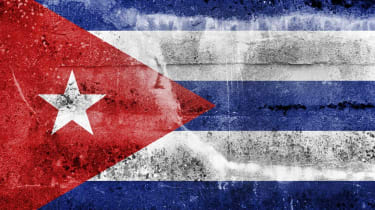 The sudden thaw in the United States’ icy relations with Cuba will quickly open the island to more American business there. And it will allow more U.S. citizens to travel there—and to return with Cuban cigars that are now contraband.

SLIDE SHOW: Exclusive Photos of Cuban Life and Business -- and How It Soon Might Change

President Obama’s surprise announcement on December 17 is especially good news for sellers of farm equipment and building materials. They’ll be among the early beneficiaries of the president’s move to relax some business and political restrictions, many of which have been in place since diplomatic ties were cut in January 1961. Early shipments from the U.S. will include drywall, roofing, cement, tractors, harvesters and irrigation equipment.

Telecommunications gear will be hot, too, as the island nation looks to build the infrastructure needed to provide commercial phone and Internet services.

Travel restrictions will be eased by Obama’s executive actions as well, and Americans can bring back $100 worth of cigars or alcohol for personal use on each trip. Unfettered travel, though, won’t come soon. That will require Congress to change the law.

Wider economic dealings will have to wait for a full lifting of the decades-old embargo, and that’s unlikely to happen anytime soon. The strongly anti-Castro Cuban-American community remains a potent political force. But the staunchest foes of normalizing relations with Cuba are aging, and younger Cuban-Americans who don’t remember a free Cuba aren’t as dug in. So a decade from now, the embargo could dissolve. It could happen sooner if former ruler Fidel Castro and his brother, President Raúl Castro, die before then.

The embargo hasn’t been ironclad. Since the mid-1990s, shipments of food, humanitarian aid and medical supplies have moved from the U.S. to Cuba. But those shipments required complicated paperwork and cash transactions that will be eased by Obama’s executive authority.

Within months, the State Department expects to reestablish the U.S. embassy in Havana, followed by high-level political visits. Talks on that front have already begun.

No matter how the transition to more-normal relations plays out, Obama’s action will become a huge talking point during the 2016 presidential election campaign. Democratic front-runner Hillary Clinton not only backs the president’s action, she called for a softening of the embargo when she was Obama’s secretary of state. On the other hand, just a couple of weeks ago, likely GOP candidate Jeb Bush called for tougher sanctions against Cuba.