What it means for Congress, business cases and the 2016 elections. 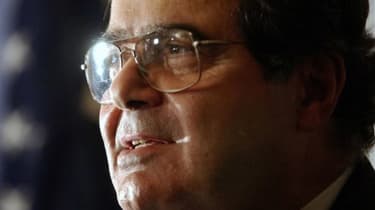 Historically, little gets done by Congress in an election year. But the unexpected death of Supreme Court Justice Antonin Scalia and the coming fight over replacing him on the bench will bring legislating to a virtual stop, making the previous snail’s pace of progress seem downright speedy.

The most immediate effect of the conservative icon’s passing will be on a handful of major cases before the Supreme Court, including some closely watched by the business world. With the Court now populated by four conservatives and four liberals – and no chance of a new ninth justice joining the Court before its current term ends early this summer – some of those cases will end up 4-4. In that event, the lower court’s ruling would stand.

The most prominent of those cases: A challenge of President Obama’s executive action to shield about 5 million illegal immigrants from deportation and allow them to work. That order seemed destined to be struck down, with Scalia in a 5-4 majority. In Scalia’s absence, the president’s action will still be reversed, since lower courts blocked it.

But conservatives will lose a chance for a broader decision to rein in a president’s authority to issue executive orders. The Court signaled its willingness to make a broader ruling when it decided to take the case last month.

Now, any further action on immigration – including business-backed increases in work visas – will be left to Obama’s successor.

On the other hand, the Court’s stalemate means a reprieve for organized labor. The court seemed certain to rule against mandatory union fees for public-sector employees. But without Scalia’s vote, lower court rulings in favor of unions will stand.

Another big impact – on businesses and individuals – will come in the legislative and executive branches.

Obama will, after a reasonable time to mourn Scalia, nominate a replacement, setting the stage for a liberal-leaning bench for the first time since the early 1970s. But because so much is at stake, there is no chance that the Republican majority in the Senate will confirm his choice.

As Democrats push hard for a new justice and Republicans dig in against one, action on just about everything else will stop. In the absence of confirmation hearings and a vote, Senate Democrats are unlikely to help the 54 Republicans reach the 60-vote threshold needed to move legislation -- virtually any legislation short of a declaration of war if one became necessary.

For all that will be accomplished – or won’t be -- it wouldn’t make much difference if the House and Senate adjourned now and didn’t come back until January, when the next president takes office.

There are longer-term implications, too, of course.

It’s no longer academic. The next president will determine the future direction of the court.

That certainty makes electability paramount. Those Republicans who proudly proclaimed that they would rather choose a nominee who followed their principles even if it meant losing the election, will start singing a different tune. The same applies to Democrats. Those supporters of Bernie Sanders who were promising to stay home in November if Hillary Clinton won the nomination, will have to rethink their views.

Both parties will use the vacancy to fire up voters and drive turnout. In a vacuum, that would give a boost to Democrats, since they have an advantage in voter registration. But in the context of an election that is drawing more angry conservatives to the polls in the primaries, there’s a potential upside for Republicans, too. Angry, first-time participants in the political process don’t always show up to vote. This time around, with the stakes so clear, more of them are likely to do so.