10 Key Political and Economic Forecasts for 2015

Stay ahead in the new year with The Kiplinger Letter’s exclusive forecasts on critical political and economic issues. 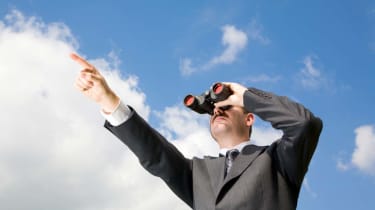 1. The U.S. economy will finally hit its stride, racking up solid 3% growth for the year. Look for consumer confidence and spending to swell, propelled by more-robust hiring, higher wages and lower energy expenses, plus wealth gains from stronger home values and a healthy stock market.

See Also: What's Ahead for Your Grandchildren?

Inflation is still not likely to be a problem. At about 2% for the year, it’ll be well within bounds and won’t bring about swift interest rate hikes.

Interest rates will edge up by midyear. We see the Federal Reserve pushing the federal funds rate to 0.75% by the end of 2015. As for long-term rates, they’ll turn up a bit sooner but won’t go as high as feared -- 3% for 10-year Treasuries by year-end. With China’s growth slowing and Europe still reeling in 2015, investors will remain fond of U.S. Treasuries.

2. First-time buyers will buoy housing. With the economy on the upswing and Fannie Mae and Freddie Mac, the quasi government behemoths, rolling out a 3% down payment loan, young adults’ interest in buying will perk up. One upshot: Builders are starting to shift from high-end homes to starter abodes. New home sales should climb about 25% this year, with existing-home sales up a more modest 8%. Housing starts will top a million for the first time since 2007.

3. Don’t bet the farm on Jeb Bush being the GOP’s 2016 presidential pick. There’s a good chance he’ll withdraw from the race by the end of this year, skipping contentious primaries as the Republican establishment battles tea partyers once again over the direction of the party. With Bush unwilling to shift to the right to appease the party’s most conservative members, the nomination would be wide open.

Bush’s decision would give the right its best shot in years to pick a nominee, especially if the tea-party wing coalesces behind one man before any votes are cast. But that won’t be easy. Sens. Rand Paul (KY), Ted Cruz (TX) and Marco Rubio (FL) all have support, but the year could close without a clear Republican front-runner.

For Democrats, Hillary Clinton will end the year as she starts it: Far in front.

4. President Obama’s moves on immigration will withstand GOP challenges in Congress as well as in court. Republican House and Senate leaders will put a stop to talk of impeachment by the party’s most conservative members, who argue that Obama’s executive actions to keep millions of illegal immigrants from deportation overstepped his authority.

A GOP-led lawsuit by states also faces tough sledding in light of a 2012 Supreme Court ruling that immigration policy is a federal matter. And the president will veto any legislative measures aimed at undoing his actions.

5. U.S. stocks are in for another solid year, thanks to the improving economy, lower oil prices, improved consumer confidence and spending plus a stronger dollar. With earnings growing 8% to 9% on average for Standard & Poor’s 500 companies, stocks could offer a total return of roughly 10% over the coming 12 months. Though share prices carry a bit of a premium at just above 16 times estimated earnings for 2015, the market’s price-earnings ratio overall remains well below historically high levels.

But expect market volatility and some profit taking along the way. It has been more than three years since the last correction, when the market fell 19.4%.

6. President Obama will make big headway on shuttering Guantánamo Bay. By year-end, he’ll have removed all but 30 of the 127 detainees left at the naval base in Cuba, sending them to Yemen, Uruguay and other countries that’ll take them. Invoking executive privilege, he’ll transfer the remaining 30, considered by Washington to be the most dangerous terrorists, to well-guarded U.S. facilities. He’ll get his way by noting that the cost of housing a person at Guantánamo Bay is nearly $3 million a year versus $34,000, on average, for an inmate held at a high-security U.S. prison.

The detention facility will be closed by the time Obama leaves office in 2017.

7. Look for the president to double the number of U.S. troops in Iraq. But the move won’t stop Islamic State rebels from being a threat to the U.S. and allies in the Middle East and elsewhere. Short of an all-out war in Iraq and Syria, which the U.S. doesn’t have the stomach for, the rebels will keep hitting and running, even as U.S. forces continue to have success in identifying and targeting ISIS leaders. Obama will reluctantly provide 5,000 troops, advisors, contractors and support staff, on top of the 4,700 who are already in Iraq or are committed to be there early in 2015.

8. The Supreme Court will rule that same-sex couples have the right to marry. The only question is when. Justices will agree to take the case early in 2015 and will schedule arguments for later in the year. If they have enough time, the justices will rule on the closely watched case before the current term ends in June or July. If not, the ruling will come in the term that begins in October. The likely outcome: 5-4, perhaps 6-3, to expand such marriages beyond the 35 states that allow them now.

It’s a fair bet that the high court will also uphold Obamacare subsidies, with Chief Justice John Roberts making the difference. Even if subsidies are tossed, though, the law will survive, with states scrambling to put new subsidies in place.

9. For the auto industry, it’s the year of the truck. Cheap gasoline, appealing new models and easy financing will boost sales of pickup trucks and SUVs.

10. The hottest thing on the tech front in 2015? It’s sure to be virtual reality -- a three-dimensional, computer-generated environment providing sensory experiences, such as touch and taste. New headsets that allow for immersive multimedia, including one from Oculus VR, a company owned by Facebook, are a good bet to hit the consumer market. Other companies making VR headsets or working with virtual reality technology in general include Sony, Samsung, Vuzix and Google. The cost for many of the headsets will be around $300, affordable for most people.

Gamers will be the biggest early adopters. They’ll marvel at the graphics and superfast gaming speeds. But use will quickly spread to many other sectors, including education, vocational and athletic training, social media and health care.