Trade Will Rebound in Coming Months

Kiplinger's latest forecast on the direction of the trade deficit. 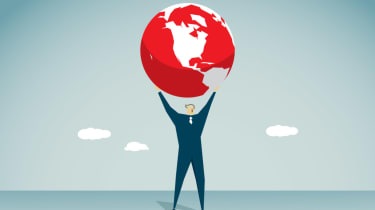 The trade deficit widened for the second month in a row. The deficit in goods and services grew in April to a seasonally adjusted $49.4 billion from $42.4 billion in March — an increase of 11.6%. Trade in services remained in surplus at $22.4 billion, while the nominal goods deficit increased to $71.8 billion.

The impact of COVID-19 on trade is now fully visible in the data. Both imports and exports plummeted in April, marking the largest decline on record. Imports fell 13.7%, reflecting fewer purchases of consumer, capital and automotive goods. Imports have now fallen in five of the past six months. Exports saw an even sharper fall of 20.5% as the U.S. economy was in lockdown for the entire month. Exports of goods fell across the board, sliding 25%. Exports of services dropped 11% as demand for travel and transport dried up. Factories and businesses were closed or operating at limited capacity in April. The shutdown of most auto plants in the country resulted in a 65.8% monthly fall in exports of motor vehicles and parts. Exports of capital goods, consumer goods and industrial supplies also fell sharply. April’s dismal data indicate that exports, which had held up fairly well in recent months, now seem to have caught up to the trend in imports.

Trade flows should steadily pick up as countries continue to gradually reopen in the second half of the year and economic activity recovers in the United States and its major trading partners. May’s trade numbers likely won’t be as bad as April’s, since restrictions began to lift in parts of the country in May. Services trade, however, isn’t going to recover anytime soon with borders still partly closed.