As the year comes to a close, life isn’t all toil and strife. Let’s toast a few things going right. 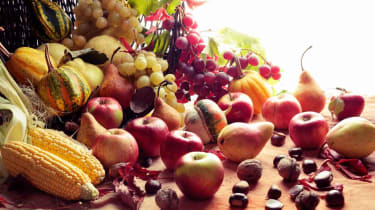 Okay, enough with ISIS and Donald Trump and the income gap between rich and poor and our own empty pockets. Every year at holiday time, we at Kiplinger like to take a deep breath and count our blessings over a turkey with all the trimmings. Here are 10 things that are, well, still kinda going right in the world, despite the madness and mayhem. All are culled from insights and forecasts in The Kiplinger Letter, The Kiplinger Tax Letter and other Kiplinger publications throughout the past year. See what you think. And have a joyous and wonderful holiday.

1. The U.S. economy continues to gain strength. Kiplinger forecasts that growth in U.S. gross domestic product will pick up a bit in 2016, to 2.8% from 2.5% in 2015, despite continuing troubles in the export and mining sectors. Strong consumer spending, which makes up more than two-thirds of U.S. GDP, will be the main engine of growth. The housing market will continue to strengthen, too, courtesy of pent-up demand and an increase in household formations. For more, read Kiplinger’s outlook for U.S. GDP.

2. The bull market continues to run. No doubt, as the bull heads for its eighth year, investors will have to cope with heightened volatility in one of the trickiest investing climates in years, with the Federal Reserve nudging up interest rates, corporate profits growing tepidly, price-earnings ratios unlikely to expand and political rhetoric boiling over. Still, we think earnings will grow 6% to 8% on average over the course of 2016, commensurate with modest gains in corporate earnings. For more, read Kiplinger’s 2016 outlook for investors.

3. You’re about to go on a shopping spree. Attention, shoppers: Elevated stock prices should give a boost to consumer spending in 2016. The ratio of household net worth to household income has nearly returned to the peak reached 10 years ago, when surging home prices drove the gains. Who’s buying? Women are expanding their wardrobes again, which is good news for the fashion industry. Sales of women’s apparel make up about two-thirds of the spending in the $179 billion adult fashion market. The increase will halt an unusual trend of men spending more than women on clothing since the recession ended six years ago. Viva la fashion.

4. Energy prices will stay low. After tumbling this year, U.S. benchmark crude will remain relatively inexpensive because of strong output that will more than keep pace with global demand. Cheap oil means motor fuel prices will stay fairly low. For 2016 as a whole, regular unleaded gasoline will average about $2.40 per gallon nationwide. For diesel, figure on a national average of about $2.50 per gallon. Both gas and diesel averaged well over $3 per gallon during the past several years. Natural gas? We see an increase of 3% over 2015; electricity, a 2% rise.

5. The next big thing in transportation. No, we’re not talking about driverless cars—at least not yet. But driverless golf carts will ferry students and instructors at large college campuses and transport non-driving residents of retirement homes and assisted-living communities. The carts are less expensive than driverless cars, and much slower, topping out at about 15 miles per hour. They will be common within a year or so.

6. Coming soon: smart phones and tablets that work harder to thwart hackers. New chips from manufacturers such as Qualcomm are being designed to identify suspicious activity, such as in mobile apps that collect users’ private data. Qualcomm’s chip even uses artificial intelligence to block threats. Google, Samsung, Microsoft and other device makers will be lining up to buy it. Safer devices will not only better protect consumers but also be a boon for businesses, which face the growing risk of malware and other cyber-threats infiltrating their networks.

7. Cheaper smartphones are coming, too. Manufacturers such as Huawei, Xiaomi and ZTE are churning out high-quality models for $300 or less. By comparison, Apple’s latest iPhone costs $650 without a service contract. Many established phone makers will feel the pressure coming from China. But consumers stand to gain more options and save money on phones.

8. Faster Internet service in rural areas. Washington is rolling out a six-year, $9 billion program to expand Web access to rural clients of 10 different telecommunications firms, including AT&T and CenturyLink. The program will funnel $1.5 billion a year to 45 states over the next six years. Enhanced service in underserved areas will be a boon to many locales, even ones very remote or in rugged terrain. New hookups will enable downloads fast enough to watch movies on Netflix, video chat with doctors or share big files. The build-out will provide scores of jobs for technicians, contractors and makers of telecom gear.

9. New prescription drugs speeding to market. Congress aims to expedite approvals of breakthrough treatments to get them to patients faster. These would include new antibiotics and vaccines. Another aim: Spur innovation in biomedical research, which is drawing more and more investment overseas at the expense of U.S. researchers, who are often hampered by regulatory red tape. Also on tap next year: A big funding boost for the National Institutes of Health—$34 billion for NIH in 2017 and $35 billion the following year, compared with about $30 billion now.

10. Less stress for honest taxpayers. The odds continue to shrink that your tax return will be picked for review by the Internal Revenue Service. Audits decreased from 0.96% of all individual returns in 2013 to 0.86% in 2014 to 0.84% in 2015. Congress shows no willingness to give the IRS new resources anytime soon. The Service will have to make do.