Skip to ContentSkip to Footer
Advertisement
Your Business

Could You Launch a Start-Up?

The Google guys were 25. Do you have what it takes to follow in their footsteps -- and those of other young entrepreneurs?

Google's founders were just 25 when they launched the company that turned them into billionaires. The entrepreneurial dream is alive and well among young adults fresh out of school, with enthusiasm and creativity to spare. In fact, 25- to 34-year-olds start businesses more frequently than any other age group, according to the Global Entrepreneurship Monitor.

Among the new Google wannabes are the four twentysomething young men who have made big bucks operating CollegeHumor.com, an online repository for tasteless videos, silly digital pictures and sophomoric commentary, contributed mostly by college kids. High school buddies Josh Abramson and Ricky Van Veen started the Web site as college freshmen and brought in Jakob Lodwick, 24, and Zach Klein, 23, while the four were still undergraduates. The site, which earns its revenues by selling ads, T-shirts and other products, is expected to pull in $9 million in 2006.

Abramson and Van Veen live the frat boy's fantasy, but they went into the venture with the seriousness of CEOs. "We wanted to start a Web business, and we wanted to do it together," says Abramson. "My brother worked for Advertising.com. He told us about silly Web sites making huge amounts of money in Internet advertising." A concept that relied on juvenile and blue humor spoke to their strengths, says Van Veen. 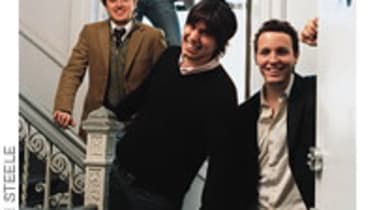 The site soon attracted plenty of beer-centric, breast-baring content, along with an ad deal that generated $8,000 to $9,000 a month. Business fell off when dot-coms went south in 2000, but "we'd made enough money to keep going," says Van Veen.

In 2003, Van Veen graduated from Wake Forest and Abramson from the University of Richmond. Lodwick -- whom they had met online -- graduated from Rochester Institute of Technology the same year and Klein from Wake Forest the following year. The 2003 grads moved the business temporarily to San Diego and later to a $10,000-a-month apartment in New York City, where the hours were 24/7 and the dress was casual. "We worked in our underwear a couple of feet from our beds," says Lodwick.

Alas, everyone has to grow up -- or at least go up -- sometime. Now the partners take an elevator from their apartment to a sun-filled space a few floors above, which they share with 15 young employees.

Ads have rebounded nicely. There's a book, The College Humor Guide to College (Dutton, $24), and a movie deal is in the works.

The partners' payoff, besides a day job to die for? Well, there's the apartment, plus dinners at nice restaurants, travel for Klein (who also funded a grant program for young artists) and all the books Van Veen can read. Most of the stash, however, serves a long-term purpose (listen up, kids). Says Abramson, "The vast majority of our money goes into savings."

Ryan Comfort found the inspiration for his business halfway around the world. Comfort, who graduated in 2005 from the University of Pennsylvania's Wharton School, was touring Asia before his senior year began when an oil painting in a Thai market caught his eye. Comfort learned that the artist painted oil copies of photographs, and he was so impressed with the quality that he decided to start a business selling paintings by Asian artists to U.S. customers via the Internet.

Comfort arranged his schedule to graduate a semester early and took a part-time job while he developed his Web site and set up a distribution network and a marketing plan. He invested $15,000 of his own savings and borrowed $3,000 from his parents, which he has since repaid with interest.

After graduation, he moved to New York City to work full-time on Comfort2020.com. At first he scraped by on $1,200 a month (including rent) by mining Craigslist.org for an apartment, furniture and odd jobs. "The business was my life," says Comfort.

He eventually restored some balance to his life -- and some income -- by taking on a regular part-time job while he continued to build his company. Business has been growing steadily, and Comfort has added real-world skills to his Wharton education.

Young entrepreneurs must make up for a lack of experience, limited savings and a short credit history, which can make it difficult to borrow capital. "Young people's strengths -- and weaknesses -- are their naiveté and overconfidence," says consultant Stever Robbins.

The biggest mistake an entrepreneur can make is losing focus, says H. Irving Grousbeck, co-director of the Center for Entrepreneurial Studies at Stanford Business School. Stay on track with a business plan that, among other things, spells out your company's marketing plan, profit potential and goals.

As his inventive ad company, Aarrow Advertising, expands into new cities, Max Durovic regularly refines the plan he wrote two years ago. Durovic got the idea for Aarrow while he was in high school and working as a sign-carrying street advertiser in San Diego. To draw attention, he and his friends began spinning and flipping their signs and performing skateboard-style tricks. At age 18 he started his business with an initial investment of $500. Durovic got his big break when the Healthy Back Store, a retail chain, hired his company to advertise for a year in both San Diego and Washington, D.C., where Durovic was a college student.

Aarrow now has 200 employees in five cities. Putting his business plan on paper allows his employees "to see where we're taking the company." He hopes to turn sign-spinning into a competitive sport.

Scare up the cash

Launching a business while living with your parents or working a day job can reduce the financial strain. A detailed business plan can help attract outside investors, but don't give investors an equity stake unless they contribute business expertise.

Aim to raise more than your estimated start-up capital. You'll be tempted to use credit to cover unexpected expenses, but credit-card debt is the most expensive. A bank may be willing to give you more-favorable terms, especially if you need less than $50,000 and have an excellent credit history, with a FICO score of 680 or higher, says Irwin Rudick, vice-president of the San Diego chapter of Score, a nationwide network of retired entrepreneurs.

If banks aren't interested, borrowing from friends and family may be your best bet. But set up the loan as a business transaction with explicit repayment terms. That way the person who advances you money will avoid owing gift tax on an amount greater than $12,000. And you can deduct the interest as a business expense.

Mary Beth Metrey had always dreamed of opening a fashion boutique, but her master's degree in Spanish literature didn't provide the practical education for running a business. Heather White, Metrey's hometown friend from Wyckoff, N.J., had studied fashion design and merchandising. So Metrey asked White, 23, to be her partner when she opened her shop, Valise, in Washington, D.C.'s Georgetown neighborhood.

Metrey's father made a six-figure investment in the store. Metrey also hired an accountant with experience in retail start-ups, who will keep her and White in the loop. Unless you understand the numbers, Grousbeck warns, "you'll miss an opportunity to take the pulse of your business." 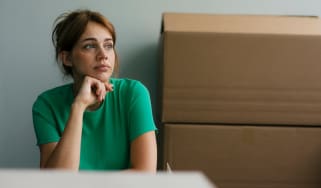