Thinking of Relocating Your Business to California? Don't!

Let me tell you: California is La La Lawsuit Land. It can be a very expensive place to conduct business, so my advice is to steer clear.

“I own an IT company with 20 employees on the East Coast, and we are tired of shoveling snow. California’s weather, plus the need for managed IT services and tax advantages offered by some of your cities, is attractive and we are considering relocating.

“But I have read about California employers having a gun held to their heads by law firms filing suits over some of the silliest, inconsequential claimed violations of your labor laws. Many have paid hundreds of thousands of dollars in what appears to be legalized extortion by law firms established for one purpose - to rip off business owners.

“What is your opinion? Should we stay where we are, and all go out and buy new snow shovels or sunscreen and swimsuits? Thanks, Jim.”

I am embarrassed and horrified by what can only be described as a war on business enabled by my state’s legislature, and I am not a card-carrying, conservative Republican.

Any company thinking of relocating here needs to Google “California Legal Hell Hole” and “California Pay Stub Violation Penalties,” then ask itself why the following large corporations — among hundreds — have moved out of California:

I spoke with business relocation expert Joe Vranich, president of Spectrum Location Services, which was based in Irvine, Calif., but relocated to Cranberry Township, a suburb of Pittsburgh. He has been tracking the exodus of companies from California and noted that, “A rule of thumb among business site-selection experts is that five companies leave for each one that actually gets reported in the press. So, it’s probable that as many as 10,000 companies have left California in recent years.”

So, why did Vranich leave California?

“Just look at the squalor, the filth, the homelessness that is not being addressed. I moved for three reasons — taxes, regulations and quality of life. I am free of California’s notorious regulatory environment and threats of frivolous lawsuits that hurt small businesses like mine,” he said.

In California and many states, if an employee is fired, they are entitled to be paid immediately, and that makes sense. But what if, for some reason, it isn’t possible, but the employee is paid the next day? Vranich cited the example of one of his clients in San Diego who was hit with a $5,000 penalty, “Just for being one day late, and no one was harmed. This kind of thing, authorized by California law, is simply punitive.”

“Under this law,” Bakersfield attorney Jay Rosenlieb notes, “lawyers are effectively ‘deputized’ to become the equivalent of government attorneys, allowed to file frivolous class-action suits, often based on minuscule violations of state law where no one is harmed.

“Many PAGA lawsuits are over technical nitpicks, such as an employer’s failure to print its address on employees’ pay stubs, even though the address was printed on the paychecks themselves.”

How frivolous are some of these suits?

“In one instance, over a 3-cent shortage on an employee’s check, a PAGA attorney sued and obtained $9,000, keeping a large chunk for himself,” Rosenlieb points out, shaking his head in disbelief, and repeating, “Over a 3-cent shortage! This is just insane!”

Fresno labor law attorney Howard Sagaser observes that, “A huge legal industry has popped up like mushrooms in California, filing suits against employers when there is no harm to anyone.

“The unbelievable amount of penalties authorized for what are so often petty, minor violations of overly complex state laws has made a number of lawyers multimillionaires and driven numerous business into bankruptcy. Today, anyone going into business who plans on hiring people needs to also retain the services of HR professionals to steer them clear of trouble, which drives up the cost of business.”

And finally, if anyone thinks that suits against employers for violations of state labor laws is no big deal, just ask the former employees of Southern California-based Guy Chaddock & Co., a 48-year-old maker of custom reproduction furniture that closed its doors — leaving 175 workers without jobs — in 2004, the year that these suits were first allowed.

So, to any business owners thinking of relocating their companies to California, my advice is to stay far, far away. 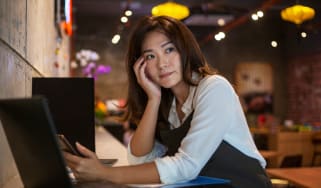 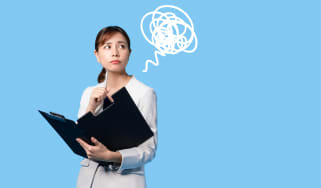