Skip to headerSkip to main contentSkip to footer
tax deductions

Filing taxes after a divorce can add yet another problem to an already long list of challenges. But here are some tips to make your return to single life more tax-friendly.

If you're calling it quits on your marriage, add filing taxes after divorce to the long list of headaches you need to deal with. For starters, if you haven't already done so, you need to file a new W-4 form with your employer to adjust the amount withheld from your paycheck. But that's not all … you might also be facing alimony payments, child custody arrangements, home sales and other divorce-related issues that can affect your taxes.

The last thing you need after a divorce is another problem to deal with. So, to reduce your stress, here are 7 tips to make your return to single life a little more tax-friendly. 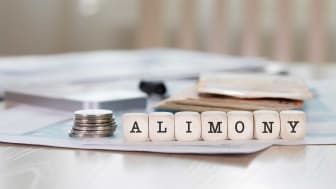 You can deduct alimony you pay to an ex-spouse if the divorce agreement was in place before the end of 2018. Otherwise, it's not deductible (or taxable to the recipient). You also lose the deduction if the agreement is changed after 2018 to exclude the alimony from your former spouse's income.

To qualify as deductible alimony, the cash-only payments must be spelled out in your divorce agreement. You're required to report the Social Security number of your ex-spouse, too, so the IRS can make sure he or she reports the alimony as taxable income.

As a general rule, only the custodial parent (the one the kids live with most of the year) can claim the child tax credit or credit for other dependents for a divorced couple's qualifying children. The child tax credit is worth $2,000 per child (up to $1,400 is refundable), while the credit for other dependents can be as high as $500 for each qualifying dependent (e.g., children over 16 years of age).

Your marital status as of December 31 controls your filing status. So if you split up but were not yet officially divorced before the end of last year, you can still file a joint return (which is likely to save you money) or choose the married-filing-separately status for your tax return. You can also file as head of household (and get the benefit of a bigger standard deduction and gentler tax brackets) if you lived apart from your spouse for the last six months of the year, file separate returns, had a dependent living with you for more than half of the year, and paid more than half of the upkeep for your home.

If you continue to pay a child's medical bills after the divorce, you can include those costs in your medical-expense deductions even if your ex-spouse has custody of the child. For 2019, medical expenses are deductible only to the extent they exceed 7.5% of adjusted gross income, but the child's bills you pay could push you over the 7.5% threshold. (After 2020, the AGI threshold will increase to 10%.)

When a divorce settlement shifts property from one spouse to another, the recipient doesn't pay tax on that transfer. That's the good news.

But it's important to remember that the property's tax basis shifts as well. Thus, if you get property from your ex in the divorce and later sell it, you will pay capital gains tax on all the appreciation before as well as after the transfer. That's why, when you're splitting up property, you need to consider the tax basis as well as the value of the property. A $100,000 bank account is worth more to you than a $100,000 stock portfolio that has a basis of $50,000. There's no tax on the former, but when you sell the stock, you will owe tax on the $50,000 profit.

If, as part of your divorce, you and your ex decide to sell your home, the timing can have tax consequences. Normally, the law allows you to avoid tax on the first $250,000 of gain on the sale of your primary home if you have owned the home and lived there at least two years out of the last five. Married couples filing jointly can exclude up to $500,000. For sales after a divorce, if the two-year ownership-and-use tests are met, you and your ex can each exclude up to $250,000 of gain on your individual returns.

If the two-year tests haven't been met, sales after a divorce can still qualify for a reduced exclusion. The limit on tax-free profit in this case depends on the portion of the two-year period for which the home was owned and used. If, for example, it was one year instead of two, you each can exclude $125,000 of gain. What happens if you receive the house in the divorce settlement and sell it several years later? Then you're stuck with the $250,000 maximum.

Generally, a taxpayer must have earned income from a job or self-employment to qualify to contribute to an IRA. However, there's an exception for some divorced people.

Taxable alimony you receive counts as compensation for the purposes of making IRA contributions. For 2020, assuming you're at least 50 years old, you can contribute up to $7,000 to a traditional IRA or a Roth IRA, or a combination of the two. 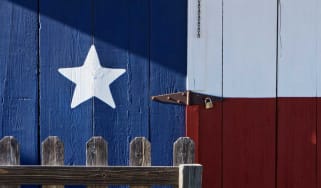