5 Dividend Stocks to Buy While They Are Cheap

The roller-coaster market of 2016 has tossed a lot of companies around.

The roller-coaster market of 2016 has tossed a lot of companies around. We've identified five that have good long-term prospects but have valuations (sometimes due to recent setbacks) that spell good growth potential — and solid dividend yields to cash in on while you wait for their shares to appreciate.

Prices and other data are as of June 8.

The firm is transitioning from a life insurer to an investment powerhouse, with more than $800 billion in assets under management. Worries about the impact of the Department of Labor’s new fiduciary rule for advisers have weighed on the stock, but any additional regulatory hurdles won’t impair the business significantly, says Mark Finn, manager of the T. Rowe Price Value fund. The shares sell for 10 times estimated earnings and yield a healthy 3.0%.

You can debate whether the iPhone 7, expected to launch this fall, will be a blockbuster or a dud, but Apple’s stock, down 12% since mid-April, is trading as though the company’s legendary smartphones are facing a long-term decline. Sales of iPhones may not be growing as rapidly as they once did, but demand is more resilient than the stock implies, says Morningstar analyst Brian Colello. Meanwhile, Apple generates tons of cash, which it shares via stock buybacks and a rapidly growing dividend. The stock yields 2.3%. 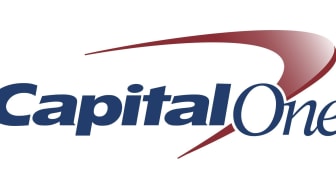 Credit cards still supply the bulk of Capital One’s profits, but the company is evolving into a diversified commercial and consumer lender. Loan growth has room to run before credit losses start to accelerate. We’re in the bottom of the third inning when it comes to the credit cycle, says Morgan Stanley. Yet the stock trades at just 9 times estimated year-ahead earnings and yields 2.2%.

A pickup in gasoline prices hasn’t kept buyers away from Ford’s vehicles—April’s U.S. sales were the best in a decade. The country’s second-largest carmaker is keeping a lid on costs, improving economies of scale by building more models on common platforms and pruning the product mix to focus on its Ford and Lincoln brands. The stock yields 4.5%, and S&P Capital IQ sees the annual payout rate of 60 cents a share heading higher.

Shares of the desktop-software giant took a one-day hit of 7% in April after the company reported disappointing quarterly results. But a shift in focus from a weakening personal-computer market to the company’s rapidly growing cloud business holds promise. “The cloud is a huge opportunity,” says T. Rowe Price’s Finn. Yield is 2.8%.

Both the stock markets and bond markets will have Monday off as the nation honors civil rights leader Martin Luther King Jr.