Utility stocks, best-known as safe havens for dividend-conscious retirees, have been on a tear. 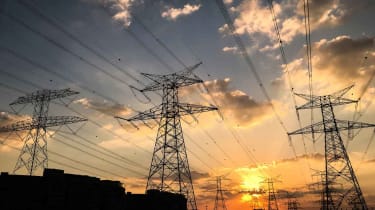 Utility stocks, best-known as safe havens for dividend-conscious retirees, have been on a tear. In the year’s first three months, the Dow Jones utility average returned 16.7% (including dividends), making it the quarter’s third-best performing asset category, behind only lean hogs (35.2%) and gold (16.5%).

But the surge in utility shares means many of the stocks are now richly valued and vulnerable to a broad market correction or to a rise in interest rates. The average utility in Standard & Poor’s 500-stock index trades at 18 times estimated 2016 earnings, compared with an average price-earnings ratio of 16 over the past two years and with 17 for the S&P 500 itself, according to FactSet Research Systems. “Dividends are secure and should grow, but prices could rise and fall sharply in this environment” of ultra-low interest rates and elevated valuations, says Morningstar analyst Travis Miller.

And that means you have to take a careful look at your mission when you invest in this sector, says Katrina Lamb, head of investment strategy and research at MV Financial, a money-management firm in Bethesda, Md. If your primary goal is to generate income, these stocks can still play a role in your portfolio. With yields ranging from 3% to 4%, utility stocks pay about one to two percentage points more than 10-year Treasury bonds.

But if your primary goal is safety, you should approach this sector with caution. Because the stocks owe at least part of their popularity to a dearth of other income options, they could be more vulnerable than normal to a jump in interest rates—or even the threat of rising rates. If the stocks do sell off because of rate fears, says Miller, it could be an opportunity to snap up shares at better prices. Here are seven utility stocks worth considering.

Returns, share prices and related figures are as of April 6. P/E ratios are based on projected 2016 earnings.

Black Hills also recently completed the purchase of SourceGas, which provides natural gas to customers in Arkansas, Colorado, Nebraska and Wyoming and owns a gas pipeline in Colorado. BMO Capital Group analyst Michael Worms upgraded the stock in January, calling the deal “transformative” because it cuts Black Hills’ exposure to unregulated businesses and boosts its customer base by about 50%, to 1.2 million.

Burks says CMS is “a wonderful company and a great long-term core holding.” However, CMS has been so popular of late—the stock has surged 37% since late June—that it now trades for a rich 21 times projected 2016 earnings. That caused Burks to recently downgrade the stock from “buy” to “hold.” Look to pick up CMS stock on dips. 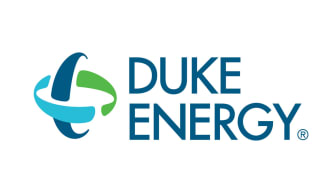 Duke is banking on the small nonregulated commercial business to fuel future growth. The commercial business, which produces solar and wind power that is sold to businesses, generated $140 million in income last year, compared with nearly $3 billion from the regulated utilities. But the renewables business has grown exponentially since 2013, when that business accounted for just $15 million in income.

One of the faster growers in the sector, NextEra (NEE) is a Florida utility that prides itself on generating clean energy. The company posted an 8% earnings gain in 2015 and anticipates that it will continue to deliver profit growth at a rate of 6% to 8% for at least the next two years. NextEra placed big bets on clean energy—primarily wind and solar—more than a decade ago. Now roughly 40% of its profits come from renewable-energy projects, and it continues to expand that segment of its business at a rapid clip. Though NextEra also owns a natural gas pipeline business, which suffered plunging gas prices last year, the rest of the company is performing so well that earnings didn’t miss a beat. NextEra’s focus on Florida, where population growth is strong, is a plus, says Hilliard Lyons’s Burks.

Unlike most industrial companies, utilities are delighted to have big capital-spending projects under way. That’s because regulators allow the companies to raise their rates to recover the cost of system upgrades, which promotes growth in earnings and revenues. Portland General (POR) recently received a legislative gift that is sure to keep the company busy with capital-spending projects, says UBS’s Dumoulin-Smith. A new law in Oregon, where Portland General is based, requires electric utilities to serve at least half of their customers’ needs with renewable sources of energy. Portland will need to replace or upgrade many of its existing power plants to comply with the law. “That provides tremendous opportunity for the utility,” says Dumoulin-Smith. 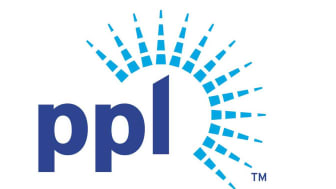 Like Portland General, PPL (PPL) is powering its growth with capital-spending projects that are expected to win the company rate increases, which should result in higher revenues and profits. That makes the Allentown, Pa.–based utility one of Burks’s favorites. PPL provides electricity and gas in Pennsylvania and Kentucky, with a smattering of customers in Virginia and Tennessee. However, like Duke, PPL has also ventured overseas and operates a regulated utility in the United Kingdom. Although the U.K. operation brings in about one-third of PPL’s revenues, it accounted for nearly half of its profits in 2015, despite the strong dollar. (When the greenback gains in value, money earned in other currencies translates into fewer bucks.) As currency headwinds subside, that unit could prove even more valuable.

PPL’s 2015 results—it earned $1.01 per share—were depressed by charges of $921 million ($1.36 per share) related to the spin-off of a subsidiary. But with the impact of the write-offs removed, PPL earned $2.21 per share last year, and analysts see the figure climbing by 7% this year. PPL boosted its quarterly dividend by a smidgen, from 37.75 cents to 38 cents per share, in early March. 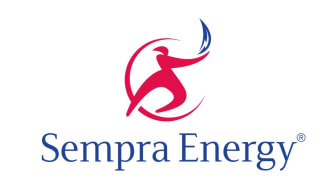 SoCalGas will eventually resolve the litigation and investigations spurred by the gas leak. At that point, Dumoulin-Smith believes investors will focus on the strength of Sempra’s core business. Sempra is already among the best-positioned utilities in the country, with a clean balance sheet and expected brisk earnings growth in coming years. The company is promising to hike dividends by 8% to 9% annually in coming years, too. That makes Sempra an attractive long-term holding, says Dumoulin-Smith.