You’d think if you had an all-risk insurance policy, your home or business would be covered for just about anything, right? Wrong. There are always exclusions and gray areas, and in these cases, how you deal with a claims adjuster “can be the difference between receiving compensation or a denial letter,” observes San Francisco-based attorney Daniel J. Veroff.

Veroff specializes in insurance bad faith law, holding insurance companies accountable for unreasonably delaying, denying and underpaying valid claims. Sometimes this occurs where a loss is caused by a number of events coming together at the worst possible time. In these situations, a dishonest — or poorly trained — claims adjuster could view it as a way out.

Underground Pipe Burst Over the Weekend

Let’s say that you lock up your office Friday evening and return Monday morning to a nightmare, as “Julie,” one of our readers experienced.

“My graphic arts studio is in a century-old home, on a block where the houses have been converted to offices. These are lovely properties with lawns and trees that require sprinkler systems for irrigation.

“Over a weekend, my neighbor’s underground irrigation pipe bust, and since my office is slightly downhill from his, thousands of gallons of water flowed in my direction, weakening my foundation.  So when I opened up Monday morning, my floors and walls had huge cracks in them and my carpet was like a squishy sponge. The water caused electrical issues with my printer and computers!  I was out of business!”

Julie immediately filed a claim with her insurance company.

“That’s where the story should have ended,” Veroff says. “Her carrier was clearly on the hook for the loss.”

But the company refused to pay the claim, on the basis of policy exclusions for earth movement. As you will see, this was an act of “bad faith,” a breach of the insurance policy by the adjuster.

Many homeowners and business insurance policies have language that addresses earth movement, limiting or excluding it from coverage. Included in these exclusions would be things like sinkholes, landslides and, of course, earthquakes. There are special policies you can buy for just such disasters. But even if your property is not in an area known for these issues, you could be affected by earth movement in other, less dramatic, ways.

“Taking a costly and common example of how this exclusion can result in great disappointment and loss, before the Great Recession, across the country many homes were purchased in tracts that were built on compacted soil,” Veroff says. “On occasion, due to poor compaction, after a year or two the earth below the foundations began to sink, causing significant damage to the homes.

“Claims were filed with homeowners insurance companies and were denied. To make matters worse, many homebuilders were out of business, leaving the owners with a huge financial loss.

“But on more than one occasion the reason the compacted soil gave way was because, just like with your reader, Julie, water from a leaking water main weakened the soil, leading to its failure. Many of these insurance policies, like Julie’s, excluded earth movement, but not if caused or contributed by a burst pipe.

“So, a homeowner or the lawyer eventually hired must ask, ‘Which was the most important cause of the property damage?’  That is the question your readers need to have in mind if a claim is ever denied, because just one of the causes of the damage is excluded, Veroff underscores. “Don’t just accept a ‘No’ as the end of the story!”

Homeowners or business insurance pays covered claims — usually meaning anything that is not excluded. But often the question, and something that readers need to be aware of, is understanding what caused the damage is key to coverage.

Causation — cause and effect — plays a central role in determining whether a claim is approved or denied.  Lawyers use the term proximate cause, which tries to resolve coverage issues involving causation scenarios, and ask, “What was the efficient proximate cause: that real thing that set in motion a chain of events leading to the damage or loss?”

“The efficient proximate cause must be the predominant cause of the resulting harm,” Veroff points out, “and it might not be the last in the series of events which resulted in damage and loss.”

So, here’s what Veroff says a property owner should do if a claims adjuster tells them, “Earth movement (or any cause) isn’t covered. Tough!”

(1) Ask for a letter explaining the company’s position denying the claim and identifying all significant facts and policy provisions.

(2) That letter gives you the basis for a possible suit against the company for failure to pay the claim without a valid basis, but it also may help to avoid litigation.

(3) Write the company and state your reasons that the most important cause of the damage (the efficient proximate cause) was X, which is covered, and not Y, which they are saying is excluded.

“I have seen such letters cause insurance companies to take a second look at the claim and actually pay it, aware that their insured is no dummy and has done their homework.” Veroff concludes.

You may want to consider gifting your home — or maybe a fractional interest in it — as well as using an irrevocable trust before it’s too late.
Keep Politics Out of Your Investing Decisions!

Investors are rightly focused on the upcoming election and trying to figure out how to position themselves. But how should our political leanings impa…
Pandemic Budgeting: It’s Time to Start Fresh 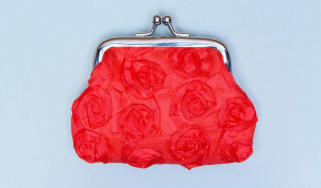 If you have a budget, you may need to tweak it, and if you don’t … what are you waiting for?
To Take Back Control of Their Finances, Millennials Need to Embrace the ‘B’ Word 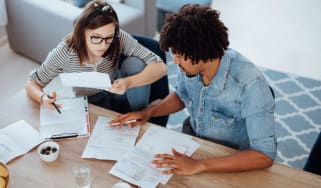 To Take Back Control of Their Finances, Millennials Need to Embrace the ‘B’ Word

It’s not sexy, but budgeting has many benefits, and millennials need all the help they can get.