Skip to headerSkip to main contentSkip to footer
careers

The new book "Good Guys, How Men Can Be Better Allies for Women in the Workplace" has practical advice to help level the playing field, including a list of things that men should not do.

“Mr. Beaver, I work in the financial services industry, and the manager is not very nice to our female employees. He is a character from a 1940s movie, not addressing women by their first name, instead, calling them sweetie, honey, darling, and it gets worse,” William’s email began.

“During staff meetings, if a female employee has a really good suggestion, he just laughs.  Then, days later, he steals her idea, claiming it was his all along.

“I fear his behavior will lead to a hostile workplace lawsuit against the company that could cost us all our jobs. How I can convince the guy to quit being such a jerk?”

William’s email could not have arrived at a better time, as I had just finished an interview with David Smith and Brad Johnson, authors of Good Guys, How Men Can Be Better Allies for Women in the Workplace (being published on Oct. 13, 2020).

Both hold Ph.D.s, Smith in sociology and Johnson in psychology. They are dedicated to helping foster equality and fair treatment of all people in the workplace. Their plan set out in Good Guys is to help men become allies of women in the workplace, mentors, friends and to help them excel.

Their book blew me away by what still is going on in today’s America when it comes to how women are treated — and underpaid — on the job.

Good Guys was a real eye-opener, as I was raised in a home where my mom had a very important role in the family business, and she was respected for that. Those early childhood experiences led me to always treat women with respect for their abilities and competence. The authors agree that how children are raised can have a significant impact on the way they view and treat women. “Modeling by the parents is critical to developing a sense of fairness that will reach way out into the workplace,” they stress.

So, we know that women at work often do not get a fair shake, but where does it all begin?

The Invisible Knapsack of Privilege

Well, Smith and Johnson give readers oodles of “aha” moments, and one that got my attention was the fact that I have had privileges all my life that most women do not, just because I am a man.

“As a man you have an invisible knapsack of privilege — of man perks — that you don’t have to think about,” according to Johnson. “For example, you are less likely to be interrupted when speaking; people do not expect you to smile all the time; you can forgo grooming while traveling; you are praised for performing ordinary parental duties. You will likely never be asked, ‘Why are you focusing on your career instead of your family?’”

To the authors, this “inborn” privilege sets the stage for women to be undervalued on the job, or their motivation to achieve professional success — instead of staying home with the children — leads to ridicule.

But when was the last time you heard some guy chastised because of excellent job performance and dedication to his employer?

A touching aspect of Good Guys is the idea of becoming an ally of women, not only making the workplace more inviting, but at home, valuing the tremendous resources that women offer society.

To help create a level playing field, Good Guys provides a by-the-numbers approach to help bring that about. Of course, when you know what not to do, the rest comes more easily, and so here is a list of things for men not to do:

As far as what William can do — as a junior employee, rather than a person in a position of power — to foster an inclusive environment in his own workplace, the authors of Good Guys had several suggestions:

Good Guys should be required reading for all business majors, owners and managers at all levels. I mailed my copy to William. 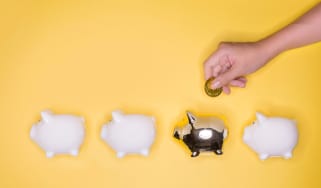