Apple's (AAPL, $133.72) stock price was up modestly today on the back of an analyst note from Wedbush's Dan Ives saying that supply chain checks for iPhone 12 units "have now exceeded even our 'bull case scenario' for units in FY21."

"Based on our recent Asia checks we believe the supply chain is anticipating low to mid 90 million iPhone unit builds … a roughly 35% increase from our original and Street forecasts," says Ives, who covers AAPL stock for Wedbush.

Compare that to the firm's expectations for iPhone 12 unit sales over time. Three months ago, Wedbush expected 65 million to 70 million unit builds for the December quarter; it raised its outlook to 75 million units in late October; and in mid-December, it set a "stretch goal" in the mid-80 million range.

Momentum for Apple's foray into 5G technology is building for the March quarter, too. "Builds for total iPhones ticked up again another 5% over the last week and are now in the 60 million to 70 million range," Ives says.

Wall Street broadly sees AAPL selling 217 million iPhones in the company's fiscal 2021, but Wedbush's bull case is "north of 240 million units (250 million could be in the cards – an eye popping figure)" that would easily surpass the 231 million units the company sold in its fiscal 2015.

"We have not seen a launch uptrend such as this in a number of years for Apple and the only iPhone trajectory similar would be the iPhone 6 in 2014 based on our analysis."

Driving strength is China, which Ives calls a "linchpin to Apple's 5G supercycle." The country is providing "considerable strength" in sales, and trends appear to be positive heading into 2021.

AAPL stock set a new closing high of $136.69 per share on Dec. 28 and continues to trade close to that level amid continued optimism over this iPhone cycle. Wedbush's Ives maintained his Outperform rating (equivalent of Buy) and a $160 price target – a 17% gain from Wednesday's closing price. However, he sees a bull-case price target of $200, or 46% potential upside, for Apple's shares.

Sign up for Kiplinger's FREE Investing Weekly e-letter for stock recommendations and other investing advice. 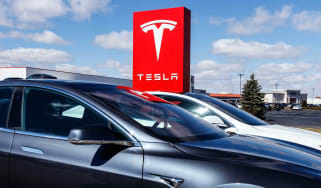 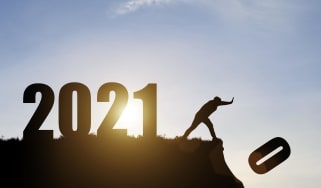 Call it a comeback. Many of the best stocks to buy for 2021 are heavily tied to economic recovery prospects as the world fights back against COVID-19.
Hot Upcoming IPOs to Watch For in 2021

Hot Upcoming IPOs to Watch For in 2021

The most exciting IPOs expected to hit the markets in 2021 range from a popular home-rental app to a crypto exchange to an old-guard pet retailer.