Cloud infrastructure company Snowflake has pulled off the largest software IPO in history. Warren Buffett, who typically avoids IPOs, is onboard.

Cloud infrastructure unicorn Snowflake (SNOW) just executed a blockbuster initial public offering (IPO), and one of the beneficiaries is an unlikely investor.

Warren Buffett, chairman and CEO of Berkshire Hathaway (BRK.B), has never been a fan of IPOs. He's said so, on the record, and has notably turned up his nose at some of the most heavily hyped stock market debuts.

Yet he finds himself with a piece of the Snowflake IPO, which is the biggest software offering in history.

About the Snowflake IPO

Snowflake is a cloud-data warehousing company that plays in a roughly $55 billion annual market – a market that's expanding. The firm boasts 3,100 customers, 56 of which were each responsible for generating around $1 million in revenues within a 12-month period.

Snowflake is generating a lot of hype because it offers a way for companies to run their software on various cloud platforms, be they provided by Amazon.com (AMZN), Microsoft (MSFT) or Google parent Alphabet (GOOGL), to name just three.

As for the offering itself: Snowflake priced 28 million shares (listed under the ticker "SNOW" on the New York Stock Exchange) at $120 a share Tuesday night. That gives the company a market value of $33.3 billion – about as large as Capital One Financial (COF), Sysco (SYY) or MetLife (MET).

The deal raised $3.4 billion – not just the largest software offering ever, but also the biggest IPO period since Uber Technologies (UBER) raised $8.1 billion in May 2019.

Here's where Warren Buffett comes in:

Berkshire Hathaway agreed to buy $250 million in Snowflake stock in a private placement at the IPO price of $120 a share; cloud firm Salesforce.com (CRM) made a similar arrangement with Snowflake. The holding company also agreed to buy 4 million shares at the IPO price from Snowflake's former CEO Robert Muglia in a secondary transaction.

It's a bet that's immediately paying off, too. Shares more than doubled when they finally started trading.

Investing in an IPO in this manner is essentially unprecedented in the history of the Berkshire Hathaway equity portfolio. Buffett notably skipped out on Uber's IPO last year.

"In 54 years, I don't think Berkshire Hathaway has ever bought a new issue," Buffett told CNBC at the time. "The idea of saying the best place in the world I could put my money is something where all the selling incentives are there, commissions are higher, the animal spirits are rising, that that's going to be better than 1,000 other things I could buy where there is no similar enthusiasm … just doesn't make any sense."

True, Warren Buffett's Berkshire Hathaway owned 14.2 million shares, or 8%, of all StoneCo (STNE) stock when the Brazilian financial technology company went public in 2018. But backing a company that later has an IPO isn't exactly the same thing as investing in a new issue as part of its process of going public.

Given Buffett's general aversion to technology stocks, the SNOW investment was likely the idea of one of his subalterns, Ted Weschler or Todd Combs. Buffett has made his ardor for Amazon.com and Apple clear, but that's because of their prowess in retail more than technology.

SNOW, meanwhile, as a cloud-infrastructure company, is about as "techy" as they come. The software firm also happens to offer a unique angle for those looking for a pure-play bet on the impressive growth of cloud services.

Regardless of where SNOW shares trade in the near term, Berkshire Hathaway's stake will still represent just a tiny part of its equity portfolio, accounting for perhaps 0.75% of its total holdings.

But it's an interesting bet nonetheless, and one that bears watching over the quarters ahead to see if Berkshire Hathaway adds to its position.

Check out our earnings calendar for the upcoming week, as well as our previews of the more noteworthy reports.
7 Best 5G Stocks for the Communication Revolution

The market's best 5G stocks to buy should reward investors handsomely. But like with the technology itself, don't expect perfection immediately.
20 Best Stocks to Buy for the New Bull Market 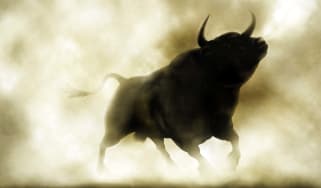 The U.S. is officially in a bull market, but economic weakness persists. The best stocks to buy now must have acutely positioned businesses and be abl…
The Tesla Stock Split: What You Need to Know 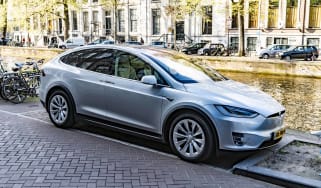 Tesla's 5-for-1 stock split in late August will make shares more accessible to retail investors. But it also could make owning TSLA a bumpier ride.
Skip to ContentSkip to Footer